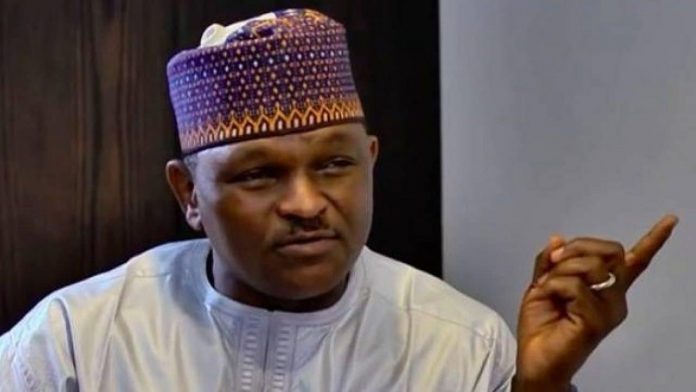 A former chief security sfficer to the late General Sani Abacha has revealed those he claims are ‘eating Nigeria like termites’.

Retired Maj.-Gen. Al-Mustapha said this in an interview with the Hausa Service of the British Broadcasting Corporation (BBC).

According to him, these persons were 56 in number, adding that he came across the information while serving jail term for the murder of Kudirat, wife of the late MKO Abiola, the presumed winner of the June 1993 presidential election.

He was in Kirikiri Prison in Lagos until the court cleared him of all the allegations levelled against him in 2013.

To name the so-called termites, Al-Mustapha said it was a discussion for another day.

“If I become the President, I will live in Sambisa; I will stay there during weekends, holidays and see if anyone will touch me. I will deal with the problem of insecurity no matter whose ox is gored.”

“Look at the silly act of Boko Haram, I swear if it is not possible in 6 months to deal with them, I will demote all these senior officers and send them home. They would be prosecuted and must return the money given to them. I will probe them.

“Nigerian soldiers have now become policemen and you know how corrupt our police are. So, within these six months, I will bring sanity into the way the Nigerian military operates to be able to confront emerging security threats with renewed vigour and commitment.”

A perennial admirer of  President Muhammadu Buhari, the retired general said the Nigerian leader is surrounded by sycophants and corrupt politicians.

Al- Mustapha said once Buhari trusts a person, he does not go ahead to check on such person and therefore, those people surrounding the President were those who allegedly spoiled the country.