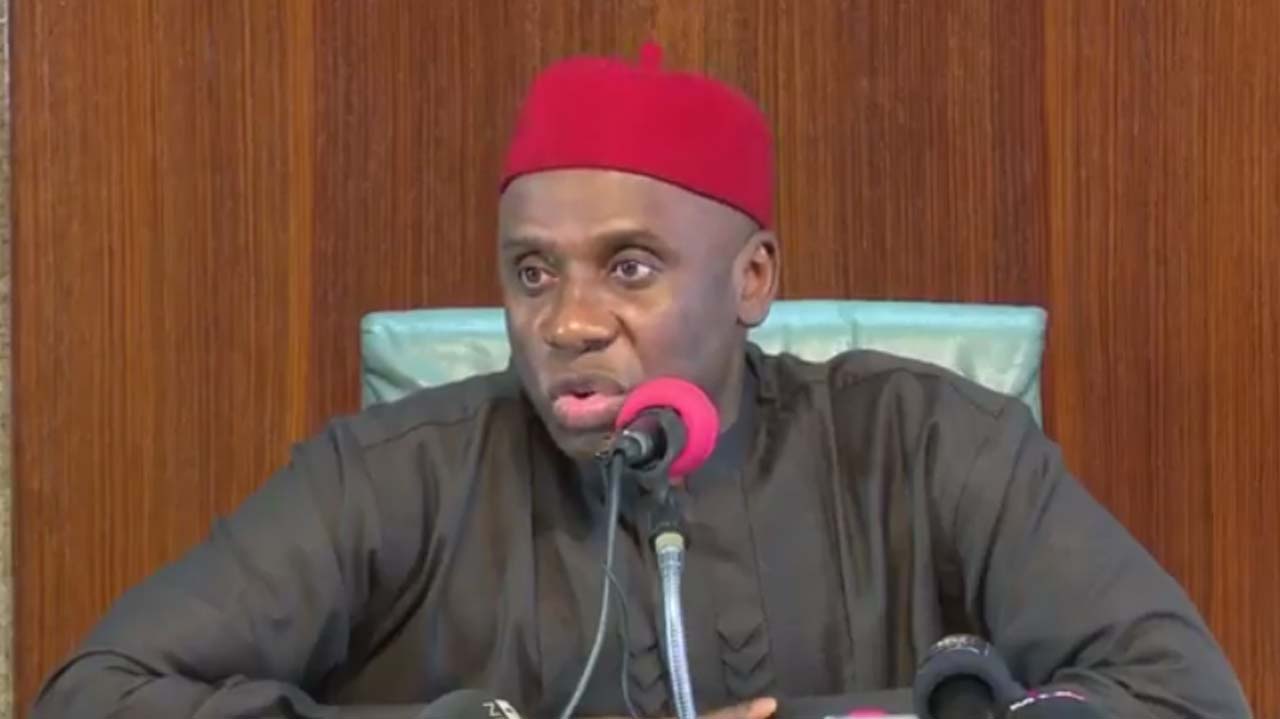 The Minister of Transportation, Rotimi Amaechi, has denied reports attack on his convoy by bandits and his escape at the Rigasa Train Station in Kaduna State on Sunday.

The Transport Minister in a media interaction, had described the report as ‘totally false and misleading’.

Amaechi stated that there was never a time his convoy was attacked immediately he disembarked from the Abuja – Kaduna bound train.

He was of the view that the false story has precipitated the need by the Federal Government to pass the social media law in other to checkmate fake news.

The Minister narrated: “This so-called social media, the earlier they start regulating it, the better.

“I left the train, walked into the car alone, my security just joined me and then, there was Government House security, they conveyed me straight to the hotel; I slept for some few minutes, went to a party and left the party at 12 midnight.

“It was after I left the party I saw calls from my wife and it was frantic and I was wondering why my wife will call me for over 15 to 20 times, then I called back to say what is going on, that’s when she said thank God, that they said they attempted to kidnap me and that there was a shootout.

“We either start regulating this (social media), or there are people who deliberately want to bring down the government, and I don’t know what they want to achieve by that, is it that the government can’t protect its own minister?”

Amaechi, however, said that it is not the duty of the Ministry of Transport to provide security for passengers and their responsibilities end from the point passengers leave the train station.

“I don’t know whether the policemen came for me or they were there to protect, but I will find out if they came to protect passengers.

“The job of the ministry of transport stops as you disembark the train. I’m not the IG of police or the Governor of Kaduna state, but our responsibility stops once you leave the station; up to the station, we had policemen.

“As at yesterday, there was nothing wrong; no shooting or kidnapping,” he said.

Share this on WhatsApp
Related Topics:banditsKadunaMinister of TransportationRotimi Amaechi
Up Next