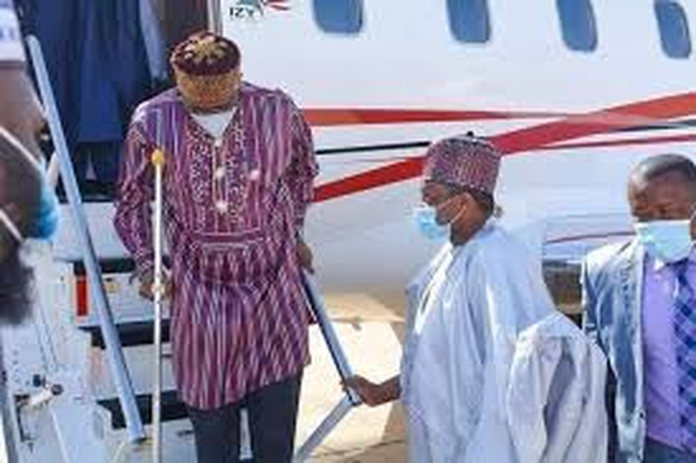 Minister of Transportation Rotimi Amaechi ricked his ankle, and he now depends on a crutch to move around.

Them minister was seen aided in a viral photo taken during the commissioning of an orphanage home and Arabic School in Kaita Local Government Area of Katsina State.

There have been speculations online about the nature of the injury.

Some said he has an ankle sprain while others said that he might be having either plantar fascitis, hemiplegia scissors gait or motor neuron lesion.

Others are also mocking him.

But Amaechi himself told his associate Eze Chukwuemeka Eze it is a hairline fracture—a tiny crack in a bone caused by repetitive stress or force often from overuse.

“I had a hairline fracture on 31st December, 2020 but I have been working with it all these weeks before the public pictures showing me with crutches. Nobody should express any fear as my doctors are on top of it,” Eze quoted him as saying.

The APC chieftain appealed to President Muhammadu Buhari to direct Amaechi to rest a little.