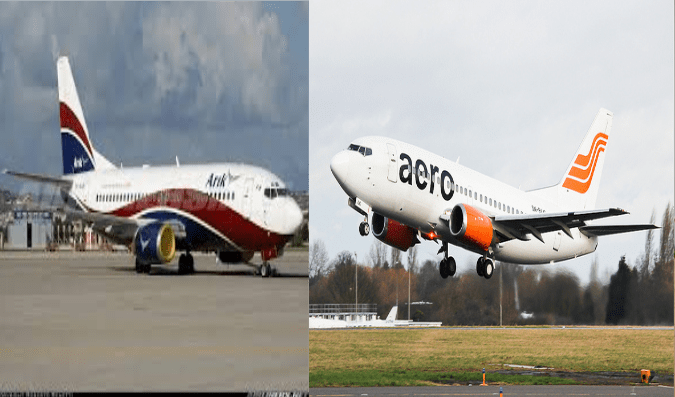 Airline passengers in Nigeria especially those that patronize Arik Air have praised the On-Time-Performance (OTP) of Arik since the intervention of Asset Management Corporation of Nigeria (AMCON).

Recall that following a huge debt profile of Arik to AMCON and other creditors around the globe, AMCON took over the management of the airline in February, a development in the aviation industry that saved the collapse of yet another airline as well as thousands of jobs in the country.

A good number of passengers who spoke to us at the terminal of Arik at the local airport wing, Ikeja said it was refreshing to see that all the delays and flight cancellations, which Arik was known for before AMCON came have all regularized to the extent that Arik is now the number one when it comes to keeping to flight time schedules.

Arik Air, which remains the biggest carrier in the country, recently experienced huge challenges arising from all manners of business irregularities that led to near collapse before the federal government ordered AMCON to intervene to avoid major catastrophe in the aviation sector after series of operational encumbrances bordering on flights delays, cancellations, bad corporate governance, accumulating staff salaries among other ills.

Interestingly, Arik Air flights now depart on schedule without delay. For instance flights scheduled for say 10:00 a.m calls for boarding at 9:27 or 9.28 and completed boarding at about 9:50. The flights will then take off at about 10:05 a.m., which is quite remarkable judging by the behavior of the airline before the arrival of AMCON.

One of the passengers said, “Whatever magic that AMCON did at the place is commendable. Initially when AMCON intervened, some of us were skeptical but truth must be told, they (AMCON) has done really well with their involvement in Arik because things have really improved at Arik.”

” Aside from that, they have also done excellently well with their involvement in Aero Contractors and one can only comment the management of AMCON for all these achievements. It means that there is hope for aviation in the country. I think other operators should understudy whatever model AMCON used to revive the two very important airlines because without them this two critical airlines would have become history like many others before them,” he continued.

Recall that Aero Contractors airlines, which like Arik is also under the receivership of AMCON has made history by conducting the first C-check on a Boeing B373. Recall that Aero under the able leadership of Capt Ado Sanusi, Chief Executive Officer, was certified by the Nigerian Civil Aviation Authority (NCAA), which issued Approved Maintenance Organisation (AMO) certificate to Aero, qualifying it to carry out aircraft maintenance up to C-check level on Boeing Classics: B737-300, B737-400 and B737-500.

Aero recently extended its maintenance hangar so that it could effectively take in a Boeing 737 aircraft and it is partnering with A J Walters of United Kingdom for tooling and spares, the South Africa Airways Technical and other international maintenance organisations to ensure that its aircraft maintenance facility is in line with global standards. For years the airline has been conducting maintenance on helicopters and Bombardier Dash 8 aircraft up to D and C check respectively. The airline also hopes to secure European Aviation Safety Agency (EASA) and the US Federal Aviation Administration (FAA) certification before the middle of next year. The implication of this is that other airlines in Nigeria would save a lot of money by making use of Aero facilities for their C-checks instead of doing so abroad.

Share this on WhatsApp
Related Topics:Aero ContractorArik AirlineAsset Management Corporation of Nigeria (AMCON)
Up Next

Anxiety as Saudi, others top bid for Nigeria airports takeover