Some analysts have raised concerns following the rising threat of liquidity problems in the financial services sector, while others warned that there is need for commercial banks and merchant banks to square-up their financial position.

The banks through the apex’s bank Standing Lending Facility (SLF) window borrowed N7.43 trillion in the second half of 2019 against N4.5 trillion borrowed within the same period in 2018.

Chief Economist/Head, Investment Research PanAfrican Capital Holdings, Moses Ojo, attributed the increase in the SLF to the low liquidity of some commercial banks, noting that most tier-three commercial banks had borrowed heavily from the Central Bank to square up their daily business activities.

He explained that the factors that accounted for this was mainly the low level of liquidity of some of the commercial banks in the country. “While some of the operators have a strong liquidity base, while others are struggling. The operators in this category are mostly in the third-tier class in the banking sector.”

“The weaknesses in the liquidity base of these operators led them to seek cover from the regulator during the period.” Ojo said

A research analyst at Investment One Financial Services Limited, Abayomi Ajayi, also stated that the 73% increase in the SLF last year was due to the liquidity challenges in the sector.

“The increase may have been the impact of the prevailing liquidity conditions in the banking system witnessed in 2019. As we know, the CBN retained its tight stance on monetary policy in its bid to maintain price stability and check inflation.”

“Most of the lending from the CBN would have gone to tier II banks as they felt the brunt more during the period.” Ajayi said

The SLF is a platform that commercial banks access funds to carry out their business activities and meet obligations. The SDF window is the portal where commercial banks deposit fund with the apex bank. 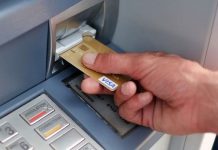