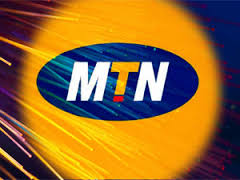 Messrs. Timipa Jenkins Okponipere and Gele Samuel Mathew of First Law Solicitors, Abuja, has filed an application at the Federal High Court, Abuja, challenging the decision of the Nigeria Communications Commission (NCC) to reduce the fine imposed on MTN to reduce by 25 per cent a N1.04 trillion fine earlier imposed on MTN for not disconnecting unregistered subscribers.

In a signed photocopy suit of summon which is titled: “Notice of application for an order for enforcement of fundamental right pursuant to the provision of the constitution of Nigeria as amended and African charter …and enforcement Act 2004, made available to the media in Abuja, yesterday, the petitioners in the suit with reference FHC/ABJ/CS1005/2015, said the reduction of the fine by 25 percent is a breach of: “Part X section 86-88 of the Nigeria Communications Commission (NCC) Act 2003, Section 142 (3) and (4) NCC Act 2003 Section 36 (1) 1999 Constitution of the Federal republic of Nigeria.”

Okponipere and Mathew, while attesting to an affidavit sworn at the court stated that the application was filed on behalf of all Nigerian citizens for the enforcement of their fundamental rights.

They averred that the original fine of N1, 040,000,000,000, imposed by NCC on MTN relating to its failure, refusal and/or negligence to disconnect 5.1 million unregistered subscribers is non-negotiable, adding that anything otherwise constitutes a breach of section 36 (1) of the constitution as amended and Article 21(1), of the African Charter on Human and Peoples Rights, both guaranteed by the Nigerian people.

According to them, “No Nigerian institution or public office holder has the absolute power to howsoever reduce the fine, without legitimate recourse to the Nigerian people,”

Accusing the NCC of conspiring with MTN against Nigerians, the applicants said the laws guaranteed the fundamental rights of Nigerians to fair hearing and freedom to dispose of their wealth and natural resources in the exclusive interest of the people.

Demanding an order for MTN to pay the N1.04 trillion fine as originally imposed, and same transferred to the Federation Account for the benefit of Nigerians, the applicants said the payment was non-negotiable.

“The penalty for breach of a fundamental right is strict and non-negotiable”, the applicants said. “There is no single jurisdiction in the world which negotiates the breach of fundamental rights, because they are inalienable rights, usually guaranteed by the Constitution. Nigeria should not be an exception.”

Mr. Okponipere explained that the Federal Government was obliged to eliminate all forms of foreign economic exploitation, particularly that practiced by international “monopolies” like MTN.

Describing as illegal attempts by MTN to negotiate and re-negotiate the original fine, the activist said the NCC did not only misdirect itself into the decision to reduce the fine, but also erred by ordering MTN to pay the N780 billion within a month by December 31, 2015.

The order, which the counsel said was provocative and unpatriotic, had made it practically impossible for any aggrieved person, including his clients, to exhaust all available remedies prescribed under the NCC Act.

Although he said his clients were willing to pursue all available mandatory remedies required by law, Mr. Okponipere expressed concern that if MTN paid the N780 billion fine by December 31, 2015, any complaint on the subject matter would have been reduced to a mere academic exercise.

To allow NCC to dispose of Nigeria’s wealth by 25 per cent without giving Nigerians the opportunity to question the validity of that decision, he stated, was contrary to natural justice equity and good conscience.