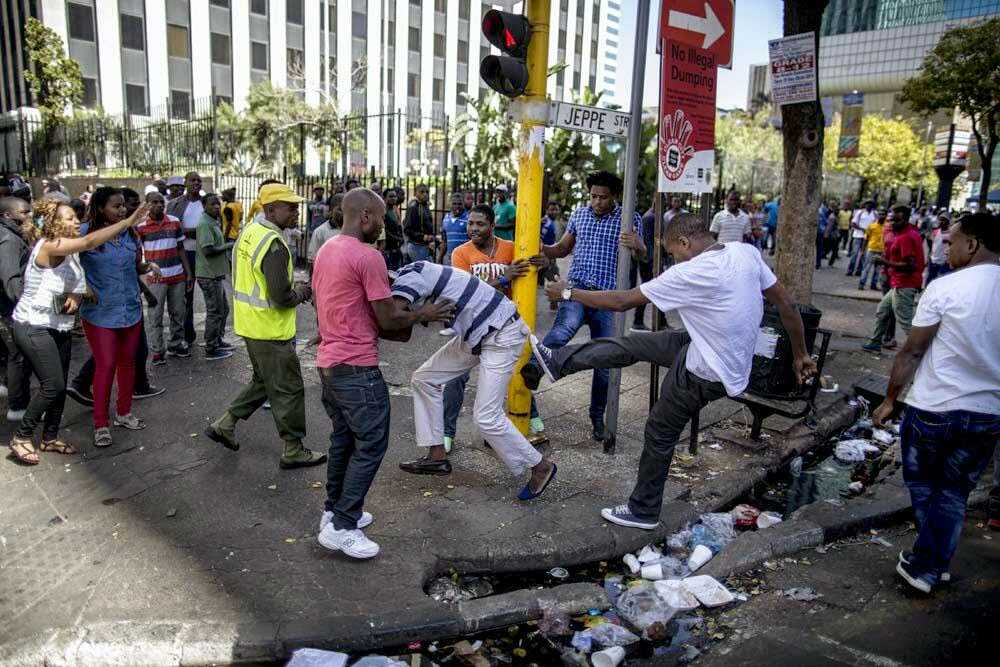 Another Nigerian dies in South Africa after vicious attack.

The Nigeria Union South Africa (NUSA) has announced the death of another Nigerian in South Africa, following a vicious attack on the Nigerian by gangsters in the former apartheid nation.

The President of NUSA, Mr Collins Mgbo, announced the death of Mr Nicholas John in a statement issued from South Africa on Thursday.

John, an indigene of Ogun in Southwestern Nigeria, was attacked by a mob at his shop in Kimberly in South Africa’s Northern Cape on Feb.12.

The National Daily reports that South Africa has continued to be graveyard for many young Nigerians, who went to that country to find their daily bread.

Records show that at least 128 Nigerians have been killed in the former Rainbow Nation since 2019.

On Dec. 12 last year, one Olusola Solarin, lost his life, following an attack by hoodlums, who attacked him and collected his money.

Mgbo disclosed that John, the latest victim was married to a South African wife, who put to bed barely three months ago.

On the circumstances that led to John’s death on Feb. 15, the NUSA president said that on Feb. 11, the Nigerian was attacked by a South African gang for allegedly buying a stolen laptop.

“He was beaten alongside his friends, who they believed he was an accomplice, while the South African criminal, who stole the laptop and sold to John was left unharmed.

The NUSA president said that John had battled for survival at the intensive care unit in Kimberley Hospital, where he later died.

“The Nigerian, who bought the laptop had apparently sold it to another Nigerian.

“They asked him to call the Nigerian he sold it to and he did, but when he arrived, he told them that he didn’t have the laptop anymore but agreed to pay them for it.

“The owner of the laptop agreed but the owner came with a group which wanted to rob John of his phones but he resisted and that was when they beat him to comatose state and left him to die.’’

According to Mgbo, other Nigerians at the scene called an ambulance and took John to hospital but they were informed by the medical doctor at the hospital that his brain was damaged and that he might not make it.

Share this on WhatsApp
Related Topics:DeathNigerianSouth Africavicious attack
Up Next

Avoid onions if you have any of these health conditions