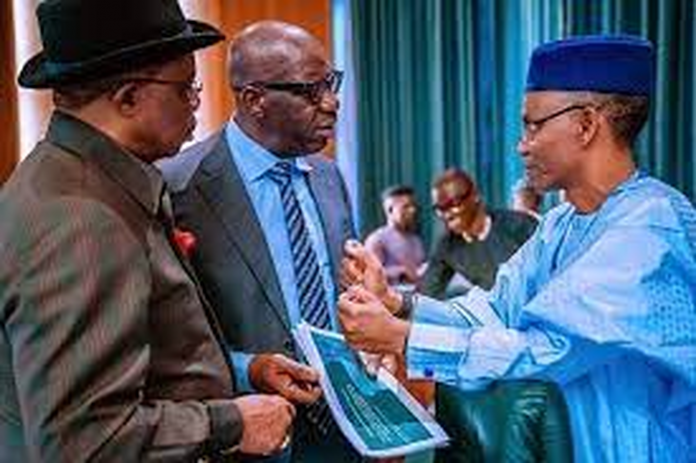 As agreed, governors across the south are scrambling to outdo one another in passing to law the anti-open grazing bill, but none considered the enforcement as much as Edo Gov. Godwin Obaseki.

Kaduna Gov Nasir el-Rufai ripped into his colleagues, including Ondo Gov Rotimi Akeredolu, Lagos’ Babajide Sanwo-Olu, and others who already passed it to law.

El-Rufai wondered why they were rushing to make a law they can’t enforce.

“To sign the law is always easy, but it doesn’t make sense to enact a law that you can’t enforce,” he said at a public hearing organized for herders, farmers, and others to consider the bill in Benin City on Monday.

He admitted there are arguments by some individuals who are intolerant of herders, and are pushing to enact a law that would be difficult to implement in Edo State.

“Let’s not play politics with this issue; let’s deal with it honestly and openly. There are security implications because some people have now joined and are using these herders to perpetuate insecurity.”

According to him, the best way to enforce a law is to bring everybody that is affected together so that everybody agrees, and the law can then be enforced.

“As long as we’ve decided that we’ll eat meat and drink milk, we’ll have to sit down and rearrange the business, engaging the people who are producing these foods on how they must organize themselves,” he said.

“There are people doing their legitimate business of herding cattle and producing meat, and there are criminals who want to destabilise our country and state,” he said.

He insisted the mixed multitudes must be sorted before the anti-open grazing law can work.