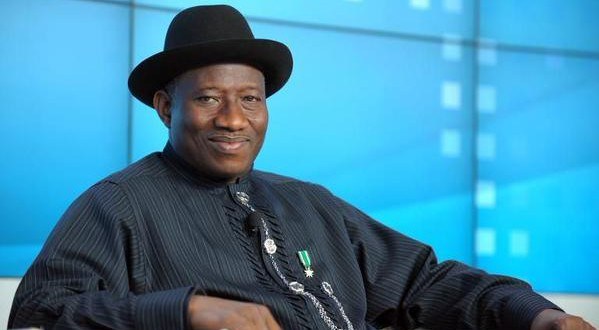 The ruling All Progressives Congress (APC) has eulogized former President Goodluck Jonathan on his 60th birthday anniversary this Monday.
APC, in a statement on Sunday, described Jonathan as a patriotic and humble leader. The APC also commended Jonathan for his conduct before, during and after the 2015 presidential election when he conceded to President Muhammadu Buhari.
The statement by APC National Publicity Secretary, Bolaji Abdulahi, in celebrating Jonathan’s leadership virtues and legacy reads:  “The All Progressives Congress APC warmly congratulates former President, H.E. Dr. Goodluck Ebele Jonathan, on his 60th birthday.
ALSO SEE: Nice things Buhari says on Jonathan’s 60th birthday will blow you away
“We join well-wishers in celebrating a statesman whose life and politics have been defined by patriotism and humility.
“The APC recalls the commendable and exemplary conduct of Dr. Jonathan before and after the 2015 presidential election, which demonstrated his patriotism and love for Nigeria.
“The Party urges Dr. Jonathan to remain steadfast to the positive ideals he stands for and continue to support the development of the country. The Party wishes Dr. Jonathan many more happy, healthy and rewarding years of service to the nation”.