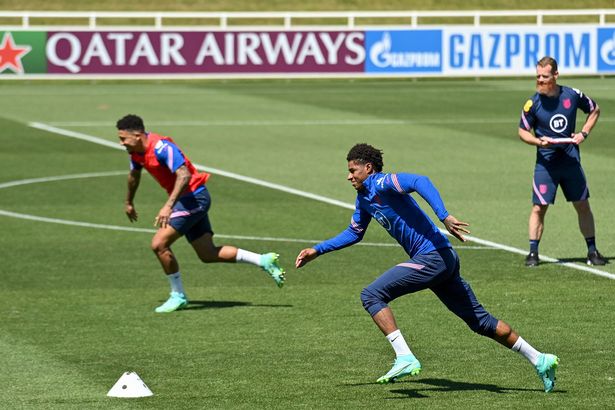 The news reaching National Daily suggests that Manchester United have finally made an opening bid of £59million for Jadon Sancho.

Though the above falls short of £20million of Borussia Dortmund’s asking price, but the attempt has left United fans celebrating with their hope of landing their long top target.

National Daily gathered from the claim by the sources in Germany that United’s first offer for the England winger has been tabled in the last 48 hours and that Dortmund were shocked by it.

It was revealed by Mirror Sport at the weekend that the Bundesliga club are demanding £81.5million for Sancho.

And that they want the bulk of the money paid up front after lowering the valuation they gave United a year ago by £26.5million.

The above therefore suggests that United’s chief negotiator Matt Judge may have to come back with another £20million before Dortmund will return to the negotiating table to thrash out an agreement on how the deal will be structured.

Even with Sancho now having just two years left on his contract in Germany, Dortmund are still expecting to cash in on the 21-year-old in a bid to offset their huge financial losses suffered during the Covid-19 pandemic despite qualifying for the Champions League again.

A further report has emerged that United are in an advance stage of negotiation to bring Sancho to Old Trafford this summer and that the deal could happen soon.

Meanwhile, Marcus Rashford and Jadon Sancho were captured involving in a sprint race during Wednesday’s England training session ahead of Euro 2020 where they will both wish to conquer Croatia at Wembley on Sunday.

A session of their training saw the players lined up and took part in sprint races, with the stars paired off and being sent out to battle.

The session became intriguing when Rashford was paired with his mate Sancho with the former narrowly coming tops ahead of his potential club mate.

More interesting for United fans is the fact Dortmund’s sporting director, Michael Zorc has further hinted on the possibility of Sancho leaving the Signal Iduna Park this summer.

According to Zorc, “We already had a gentlemen’s agreement with Jadon last year that he can switch under certain conditions.

“He’s been with us for a couple of years. However, this agreement does not exist with Erling.”