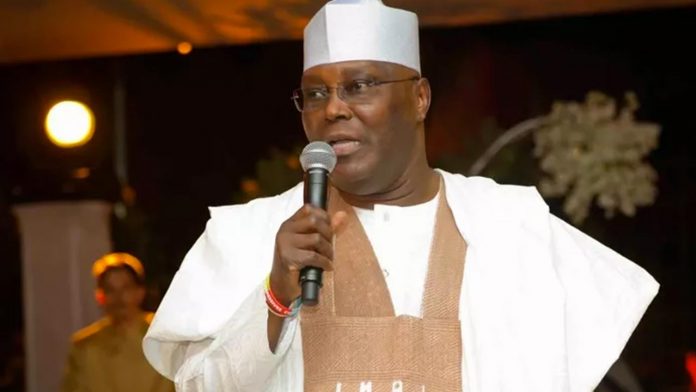 Presidential candidate of the Peoples’ Democratic Party (PDP), Atiku Abubakar has promised to give the Secretary to the Federal Government’s (SGF) slot to the Southwest if voted into power comes 2019.

He later picked former governor of Anambra state, Peter Obi as his running mate, a move considered by many as an attempt to get bloc votes from the Southeast where Obi hails from.

In an interactive session with newsmen on Sunday, Director General of the Atiku Abubakar Campaign Organisation, Gbenga Daniel, said the position of Secretary to the Government of the Federation (SGF) will go to the South West, if Atiku wins the presidency.

Daniel, a former governor of Ogun state, told journalist that Atiku has control over who becomes his running mate and who becomes the SGF if he wins.

“The decisions on major offices are being given serious consideration and no zone or region will be marginalised.

“The offices of Senate President and Speaker of the House of Reps will be decided after the polls and based on what plays out in both houses.

“Aside from major slots, I think what is paramount to the people of the South West is restructuring of the country, which Atiku is very serious about.

“So the issue for the South West is not personality or slot issue per say because personalities come and go but restructuring Nigeria is significant and more symbolic than zoned offices,” he said.

On Atiku’s manifesto, Daniel said that it would be published as soon as the campaigns kick off.

Recall that  the PDP had initially zoned its national Chairmanship to the South West, but later picked Uche Secondus from the South South.