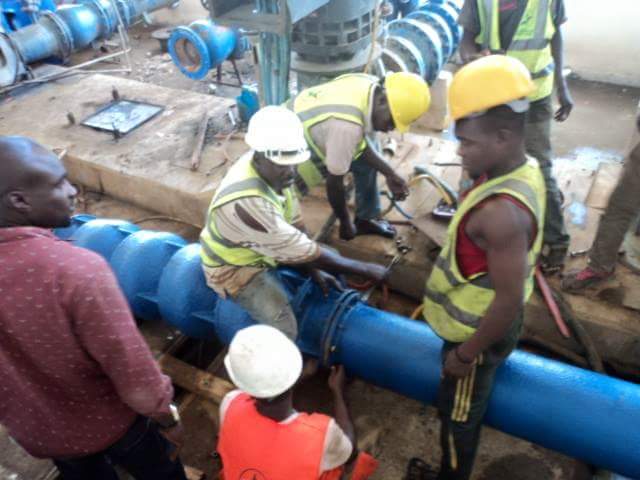 Okorie who spoke to journalists in Abakaliki said that scraping of the Ebonyi Water Corporation was a wrong decision taken by the Gov. Dave Umahi led government.

According to him, the supply, management and maintenance of water infrastructure was the responsibility of the water corporation or water board and this is the standard practice globally.

He said that the creation of Ministry of Water Resources as a replacement for Water Corporation was a bad policy thrust.

He said that the responsibility of ministry was policy formulation and provision of articulated roadmap that would aid efficient and effective management of water resources.

“The responsibility of ensuring water supply rests on the shoulders of Water Corporation or water board as some states like Abia and Imo prefer to call it.

“To give responsibility of administration, management, supplies and maintenance of water infrastructure to the Ministry of Water Resources as it is the case in our state will create serious problem in the water sector management.

“The absence of public water supply in Abakaliki and environs for over two years is a direct result of this policy,” Okorie said.

Okorie who was the general manager of the water corporation between 2000 and 2005 decried the state of water infrastructure in the state and called on the government to revamp the ailing sector.

Okorie who was also a former Commissioner in the Ministries of Works and Environment condemned the handover of the multi-billion naira Oferekpe Water scheme to private concern saying that the decision would further worsen the water problem in the state.

“Let me re-emphasize my earlier position that the responsibility of ensuring water supply to the people rests on the shoulders of the water corporation.

“Handing over the Oferekpe water scheme to private concern is giving red-card to engineers in government agencies concerned with water supply, and to me, handing it over to private people is not the best.

“The best thing to do is to bring back the scraped water corporation, fund it properly, get the right engineers and staff with service mindset, replace obsolete machines as well as repair broken down ones.’’

The water engineer who maintained that there was no alternative to potable water urged the Ebonyi Government to urgently tackle the challenges affecting public water supply in the state to avert outbreak of waterborne diseases.

“Water is life and there is no alternative to potable water, hence government should give priority to addressing the challenges in the water sector to ensure that the people have regular access to safe and potable water,” he added.

Residents of Abakaliki and environs had been without water supply since 2015 from the two mega water schemes at Ezillo and Oferekpe.

Ezillo Water Scheme, constructed by Chief Jim Nwobodo, then governor of old Anambra was functional in 1996 when Ebonyi was created.

Residents of the city now depend largely on water from borehole for drinking, cooking and other domestic uses, while the poor and less privileged fetch from pond or well waters.