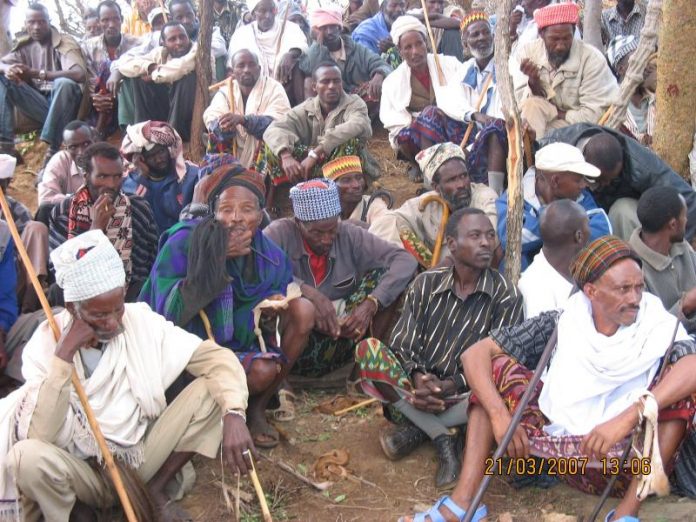 Governor Aminu Tambuwal of Sokoto State has cautioned local vigilantes against harassment and killing of innocent Fulani over bandits attacks in the state.

The governor gave the warning while commiserating with families of the 29 people killed by bandits in Kamitau, Malafaru and Ololi communities in Shinaka District of Goronyo Local Government Area.

The attackers rode in on motorcycles, by night, shooting and torching houses. Many of the villagers escaped to neighbouring communities.

Tambuwal reaffirmed his administration’s commitment to ending all forms of banditry across the state.

He described bandits’ attacks on innocent people as wicked, but said it was no justification for local vigilantes and civilian JTF to also target innocent Fulani people.

Nigeria is experiencing a rise in violent attacks many believe are carried out by  Fulani herdsmen. This has led to rising tension among ethic groups across the nation, with Fulani being allegedly  targeted for reprisals..

He assured that state government in collaboration with security agencies were making efforts to finding lasting solution to the menace.

The governor prayed to Allah for forgiveness of the deceased persons and called on the bandits to drop their guns and embrace dialogue for the prevalence of peace and stability in the state.

Tambuwal disclosed that a window of discussion had been opened with leaders of the bandits and assured that by the grace of God, lasting peace would prevail in the state.

He expressed gratitude to district heads and other community leaders in the state for their sustained support to the government and urged them to remain calm as government was making efforts to stem the incident.

Responding on behalf of the families of the deceased persons, the District Head of Goronyo, Alhaji Sambo Usman, thanked the governor for the condolence visit and prayed Allah to reward him abundantly.

Usman told the governor that they had since embarked on public enlightenment on the importance of peaceful co-existence.

The monarch urged various communities to intensify prayers for peace and stability in the state and country as a whole.