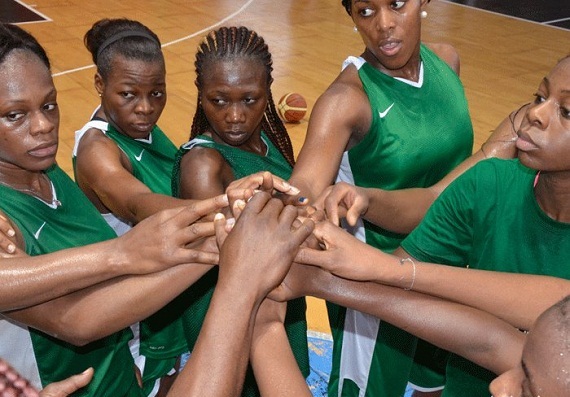 D’Tigress will prepare for their quarter final encounter against Cote d’Ivoire with their confidence sky high after another 58points to 54 win against Afrobasket defending champions, Senegal in their last group game of the competition.The game which was befitting of a final between the two teams who until the encounter had gone unbeaten in their groups with four wins each to their credit saw the Palais Des Sports Salamatou, Maiga, Bamako thrown into a frenzy during the 1hr and 40minutes match .

National Daily gathered that Evelyn Akhator turned up on the night despite the massive support from the travelling Senegalese fans who were also backed by their French speaking counterparts and hosts- Mali.

The Dallas Wings players led by example with 15points, 13 rebounds, 2 assists and 1 steal as the team confirmed it’s superiority over the team they defeated at the group stage of the 2015 edition.

National Daily learnt that Nyingifa Atonye contributed with 8 rebounds, 5 assists and 6 points, Adaora Elonu gave the team 10points, 4 assists and 5 rebounds while inspiring Kalu Ezinne who was all over the court dictating the tempo helped with 11points.

Reacting after the game, the head coach of the side, Sam Vincent stressed the need to keep celebrations to the barest minimum ahead of the crunchy quarter final tie against Cote d’Ivoire who finished fourth in their group.Peter Ahmedu who is the 1st assistant coach to Vincent praised the girls for defying all odds and showing a commendable level of resilience to maintain their lead till the end of the game after taking the initiative in the first quarter.He traced the victory to the due diligence and scouting reports put together by the technical crew.