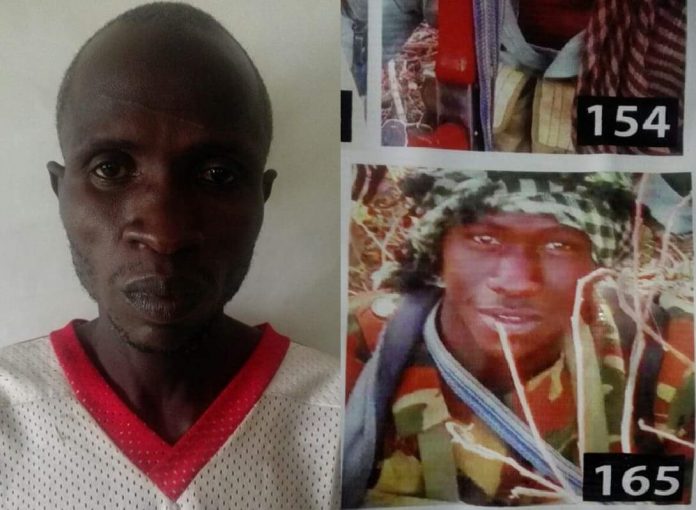 By OKOSUN DENNIS
A Boko Haram Commander, Idris Ibrahim Babawo, 42, aka “Idiko” and “Nagada” has been arrested by the police in Ondo State.
National Daily gathered the suspect was picked up by men of the Ondo State Police Command on Sunday, 24th September 2017 about 2.00pm
According to the Director Army Public Relations, Brigadier General Sani Kukasheka Usman, Babawo is believed to be on serial number 165 on the wanted Boko Haram terrorists list.
ALSO SEE: No Nigerian territory is under Boko Haram again – Army
It was gathered that the suspect has been handed over to the 32 Brigade, 2 Division, Nigerian Army, about 2.00pm on Monday, by the Ondo State Police Command.
Nigerian Army’s investigation revealed that the terrorist kingpin hailed from Chinade village, Katagum Local Government Area of Bauchi State.
He was said to have escaped from the North East due to military onslaught on the terrorists with a view to evading arrest and prosecution.