Following protest against the COVID mandates by health workers in the UK, Prime Minister Boris Johnson is reportedly delaying the deadline for the jabs in the country.

The Government requires all front-line workers including porters, cleaners and receptionists to be double-jabbed by April 1.

This means unvaccinated NHS staff will have to have their first jab by February 3 to comply with the rules, or face redeployment or dismissal.

It has now emerged that Boris Johnson could delay the move after several MPs expressed disagreement with it.

The Prime Minister is reportedly considering “kicking it down the road” to avoid a potential Tory revolt, the Telegraph reported.

Thousands of people took to the streets in London, Birmingham and Manchester yesterday to protest compulsory Covid jabs.

It is part of a national campaign calling on healthcare workers to be given “freedom of choice”.

Hundreds protested outside the offices of the BBC in central London before marching to Trafalgar Square.

Dozens were seen throwing items at police as others laid down their uniforms.

One Ambulance worker left their uniform hanging in Regent’s Park emblazoned with the message: “Paramedic 9 years, clapping on Thursday, spat out on Monday.”

However, a number of Conservative MPs have urged the Prime Minister to rethink plans for the vaccine to be made compulsory for NHS staff.

Danny Kruger, Sir Desmond Swayne, and former ministers Esther McVey, Mark Harper and Andrew Murrison have called for the policy to be reviewed.

Speaking in the Commons, Mr Harper, MP for Forest of Dean, said: “We know now that the Secretary of State is being advised by his own officials – due to the lack of protection against transmission – that this needs to be rethought.

Former minister Esther McVey added: “Over the last two years, these people have worked tirelessly on the front line and we have clapped for these key workers. Can the Prime Minister now make sure he doesn’t sack them? It is utterly unjustifiable.”

“The arguments have been well made by colleagues across the House today”, Mr Johnson replied.

He said: “I have to think also of those who will be at the bedside of elderly and vulnerable people who are dying of nosocomial-acquired Covid, and their feelings about our failures to get vaccination rates up high enough within the NHS.

“Nobody wants to have compulsory vaccination but, since the policy was announced, rates of vaccination within the NHS have gone up notably.”

Mr. Johnson added: “We will reflect on the way ahead. We don’t want to drive people out of the service but it is a professional responsibility of everybody looking after the health of others within our NHS to get vaccinated.” 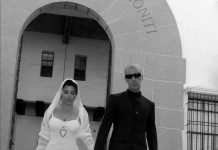 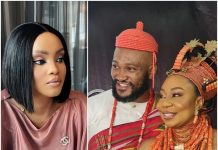