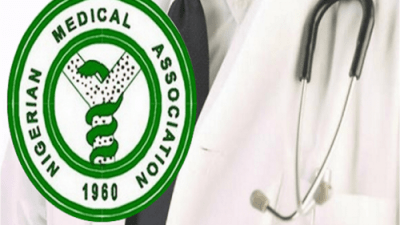 Nigerian Medical Association (NMA), Ogun chapter, on Monday, called on the state government to declare a state of emergency on the health sector to address the issue of brain drain among medical doctors.

NMA Chairman in the state, Dr Adekunle Ashimi, made the call at a news conference to flag off the 2022 Physicians’ Week, with the theme: “Nigeria’s Healthcare Delivery System and the 2023 Democratic Transition: A Time to Change the Narrative.”

Ashimi expressed the regret the rate at which brain drain had hit the country’s health sector, saying that no fewer than 10,296 doctors who obtained their degrees in Nigeria were currently practising in the United Kingdom.

According to him, Nigeria has the third highest number of foreign doctors working in U.K., after Pakistan and India.

This, he said, had made the country lose its human resources in geometric progression.

According to him, until government declares a state of emergency in the health sector, the trend may continue to linger.

“We call on our government to urgently declare emergency action in Nigeria’s health sector for the sake of the citizens.

“As the situation gets worse, doctors, who stayed behind, are seriously overworked, as bureaucracy has made it difficult for heads of public hospitals to replace the doctors who had left.

“Therefore, those who are working now begin to see reasons to join the train and leave the country.

“The situation our health care is facing now means one doctor to 15,000 patients, which may be worse if the situation is not addressed,” he said.

Ashimi also appealed to government to review the Consolidated Medical Salary Scheme, saying that there was the need for commensurate hazard allowance for health workers.

He noted that the review of CONMESS had been due since 2014, based on the 2009 collective bargaining agreement signed by the government to review it after five years.

He also urged the state government to start paying the revised hazard allowance without delay, as few states had been paying it ahead of the Federal Government.

The News Agency of Nigeria reports that the week-long programme will feature a scientific conference, community outreach and a symposium.