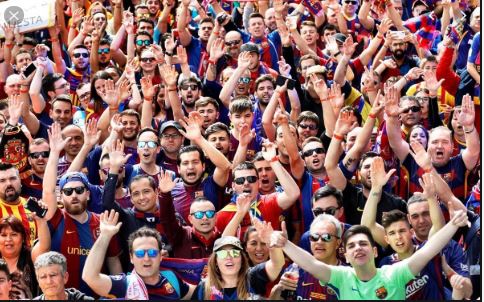 Fans of Barcelona FC are in ecstatic mood following their club president Josep Maria Bartomeu position that the door will always be open for Pep Guardiola should he wish to return National Daily learned.

Recall that Pep’s father Valenti Guardiola recently hinted on the former’s possible return to Barcelona on the occasion of Pep’s Coach of the Year award by Catalan FA where he was represented by his father.

Valenti Guardiola who was present to collect the trophy, responded when he was inevitably asked about whether his son would ever return to Barcelona.

“It could be a yes that he returns to Barcelona but it would be to coach,” he responded.

“Since he left home, he has always made his own decisions.

“It was Pep who decided to leave, but the door will always be open for him at Barça.”

However, the potential return of Guardiola to Spain will be the last thing any Citizens fan would want to imagine following the Spaniard’s ability of building Manchester City into a formidable team.