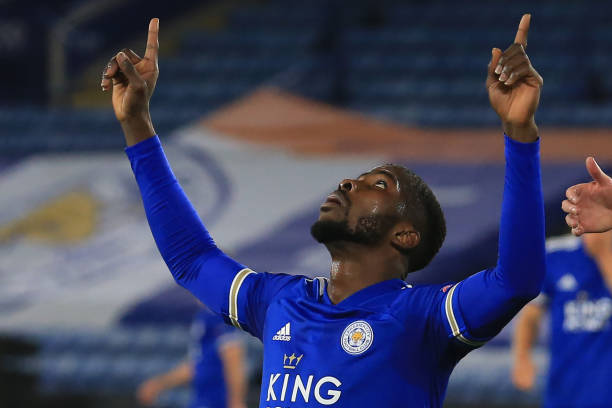 Share this on WhatsApp
Spread the love
Leicester City forward Kelechi Iheanacho has emerged as the winner of English Premier League (EPL) Player of the month of March, 2021.

The Nigeria international remarkably scored five goals in three league appearances for Leicester City in the lead-up to the international break last month. Notable amongst his heroism was his first Premier League hat-trick against Sheffield United in the month under review.

The 24-year-old who has enjoyed a flourishing partnership with Jamie Vardy hit the limelight with the absence of James Maddison and Harvey Barnes, also scored league goals in the 2-1 win at Brighton and the 1-1 draw against Burnley.

Meanwhile, Kelechi Iheanacho and his team-mates sitting in third place in the EPL log table will on Saturday host his former side and league leaders Manchester City in their fight to finish in the top four and make it to the Champions League next season.

Share this on WhatsApp
Related Topics:EPLIheanachoLeicesterPlayer of the Month
Up Next