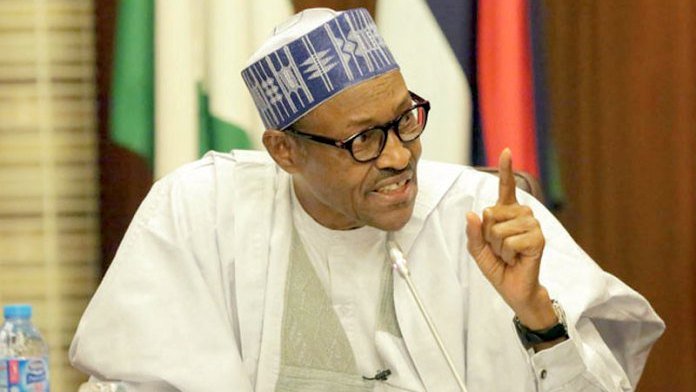 President Muhammadu Buhari at the 31st Summit of the African Union (AU) in Nouakchott, declined Nigeria’s signatory to the African Continental Free Trade Area (AfCFTA) Treaty initiated to facilitate trade among the 55 AU members in the continent.

National Daily gathered that 49 of the 55 members of the African Union signed the African Continental Free Trade Area (AfCFTA) Treaty at the summit.

Nigeria was among the five other countries that withheld their signatory on the treaty.

AU Chairman, Paul Kagame, President of Rwanda, made the revelation at the closing ceremony of the 31st summit of the 55-member African Union in Nouakchott.

It was indicated that South Africa, Sierra Leone, Namibia, Lesotho and Burundi signed the AfCFTA in Nouakchott.

Chad and Swaziland were identified to have ratified the Treaty, which brings the total number of ratification to six.

A minimum of 22 countries are required to ratify the agreement for the enforcement of the AfCFTA in the continent;  15 ratification required for the protocol on free movement of persons, right of residence and right of establishment.

It was indicated that the AfCFTA will be the largest free trade area since the formation of the World Trade Organisation, according to the AU.

There were projections Pan-African Bloc that the free trade pact could create an African market of over 1.2 billion people with a GDP of 2.5 trillion U.S. dollars.

The AU said the deal was expected to improve the economic prosperity of the African nations removing barriers to trade, like tariffs and import quotas, allowing the free flow of goods and services between its members.

It is not clear if President Buhari would review his decision on the continental free trade treaty and append Nigeria’s signatory.

Fire incident averted in Lagos as another tanker spills content