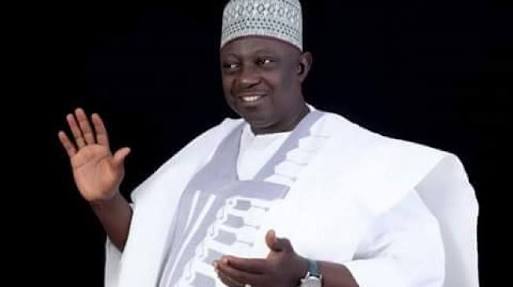 Share this on WhatsApp
Spread the love
President Muhammadu Buhari has extended his condolences to the family of late Deputy Majority Leader of the House of Representatives, Hon. Umar Buba Jibril who passed on early Friday.
In a message signed by his Senior Special Assistant on Media, Garba Sheu,  the President sympathises with the leadership and members of the House of Representatives in particular and the National Assembly in general, over the sad demise of the humble and vibrant national legislator.
President Buhari also extends heartfelt condolences to the people of Kogi State whom the late lawmaker represented creditably for many years at both the state and national legislatures.
The President prays that Allah will comfort all who mourn the late Jibril and grant his soul eternal rest.
Umar Jibril, 57, a three time member of the house, reportedly died in Abuja after a brief illness.
The late legislators, who represented Lokoja/Kogi Federal constituency sponsored the controversial and unpopular non-governmental organisation regulatory commission bill.
It is on record that after sponsoring the bill which many believed also targeted the Church in Nigeria, the Lawmaker never had any meaningful contribution to the debate openly due a strange illness.
Despite managing to make an appearance at the Public Hearing organized , the sponsor of the bill couldn’t even address the gathering because he could barely speak for long, and he was prevailed upon by his colleagues to go home and take care of himself.
Share this on WhatsApp