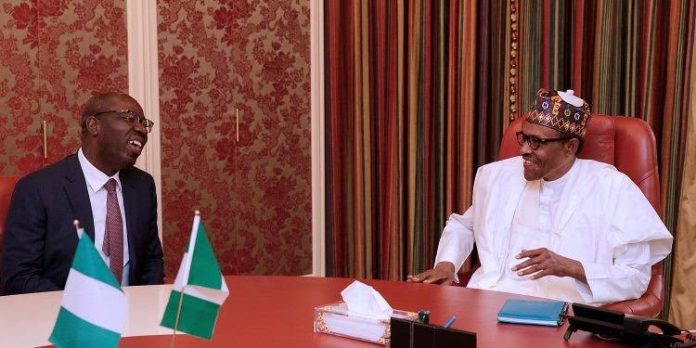 President Muhammadu Buhari on Monday held closed door meeting with Governor Godwin Obaseki of Edo State at the Presidential Villa, Abuja, over the forthcoming governorship primary election of the ruling All Progressives Congress (APC) for the Edo election in September. Details of the meeting which held Monday afternoon were not given at the time of this report. A media aide in the Presidency, Bashir Ahmad, revealed the meeting at the State House in a tweet.

Perhaps, the meeting could be a follow-up to the Sunday meeting between nine APC governors and APC national leader, Asiwaju Bola Tinubu, at the Lagos State House, Marina.