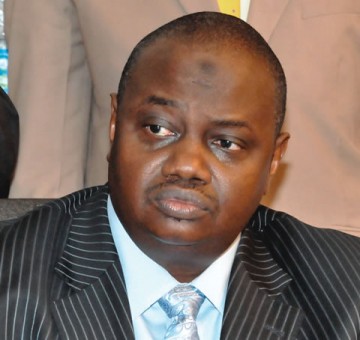 The chairman of the Economic and Financial Crimes Commission, (EFCC) Ibrahim Lamorde, has been relieved of his duties by President Muhammadu Buhari.

In his place, Mr Ibrahim Mustapha Magu has been appointed in Acting capacity.

In a two paragraph press release signed by the Special Adviser to the President on Media and Publicity, Mr Femi Adesina, said Mr Magu, who is an Assistant Commissioner of Police, who was one of the deputies of the former EFCC boss will function in acting capacity.

It was leant that Mr Lamorde was proceeding on terminal leave with immediate effect.

Before he was sacked on Monday, Lamorde was said to have had a meeting with President Muhammadu Buhari as the chairman of the commission.

The former EFCC boss was appointed as acting chairman of the agency in 2011 by the former President, Goodluck Jonathan, and was confirmed as chairman by the Senate in February 2012.

He took over from the then EFCC chairman, Farida Waziri, and prior to that, he served as Director of Operations of the EFCC.

Recently,  Lamorde has been under intense pressure to resign his appointment following series of protest by the representatives of civil society organizations under the aegis of Coalition of Civil Liberties and Equity.

The group had hinged its demand for Lamorde’s removal on alleged bias in the investigation and prosecution of Sule Lamido, former governor of Jigawa state and Steve Oronsaye, former Head of Service of the Federation.

His removal is not coming as a surprise to many critics who see his leadership of the agency of not achieving so much in the area of prosecution of alleged cases of plundering of state coffers by former governors.

Suswam insist, I Am Not A Thief!