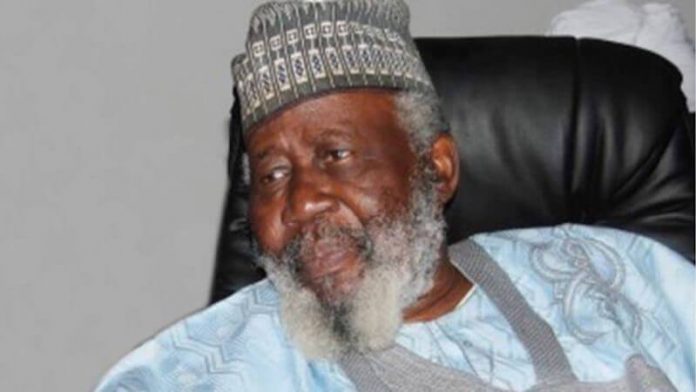 President Muhammadu Buhari regrets the death of former President of the Court of Appeal, Justice Mustapha Akanbi, describing him as a man whose greatest asset in life was his enviable integrity and incorruptibility.

The eminent jurist died on Sunday morning in Ilorin, Kwara State, nad hass since been laid to rest according to Muslim rites.

President buhari expessed the belief  that Justice Akanbi will be long remembered for his enormous contributions in bringing credibility and respectability to the country’s judiciary.

The President stated that the death of the pioneer Chairman of the Independent Corrupt Practices and Other Related Offences Commission (ICPC) is a colossal loss not only to the Nigerian judiciary, but the country as a whole.

the President declared: “being respected by the people for your honesty and patriotism is the best legacy a man can leave behind.

“In a country where corruption is perceived as fashionable, Akanbi stood out as a remarkable man who put personal integrity and selflessness before the desire for money outside his legitimate income.”

The President remarked that Justice Akanbi’s greatest achievement was leaving the public service with his integrity intact and untainted, noting that throughout his distinguished career in the judiciary and public service, he resisted the defeatist mindset that ‘if you can’t beat them, join them.”

“Great men like Akanbi didn’t believe in joining evil because it was popular or supported by the majority,” the President said.

The President prayed that Almighty Allah will forgive the gentle soul of the deceased and reward his remarkable good deeds with Aljanna (paradise).

Asiwaju Bola Ahmed Tinubu, national leader of the All Progressives Congress (APC), and former Governor of Lagos State, remaindered that the country  is diminished by the transition of Justice Mustapha Akanbi. “His death isn’t just a loss to his family; it is a loss to us all,” Tinubu declared.

The APC leader described Akanbi as a renowned legal luminary, a highly respected judge and an elder statesman; adding, he was committed to the rule of law and social justice.

“Justice Akanbi was one of the few incorruptible judges the nation has ever produced. He epitomises all that is good about the judiciary.

“On the bench, as President of the Court of Appeal, he distinguished himself and gave the profession a good name.

“As pioneer Chairman of the Independent Corrupt Practices and Other Related Offences Commission in 2000, serving till around 2005, Justice Akanbi put in place the structures and laid the foundation for the working of the agency.

“It is painful that his transition comes at a time when President Muhammadu Buhari has put the fight against corruption ‎at the front burner.

“His Lordship’s experience as a judge with a clean record had been quite useful for the country’s fight against corruption.

“The legal profession, which he served all his life, will miss him. Justice Akanbi will be particularly missed by lawyers, judges and other Nigerians whom he inspired through his exemplary leadership style and uprightness, Tinubu declared.

He further stated: “I urge us all to seek solace in the fact that he lived a life of probity and was an inspiration to many citizens. My appeal is that we all emulate his sterling qualities.

“I commiserate with the family he left behind. I pray that God grant them the strength to bear this transition.

“I also pray that God grants his family and dependants the strength to bear his transition.” 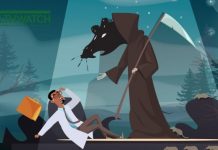