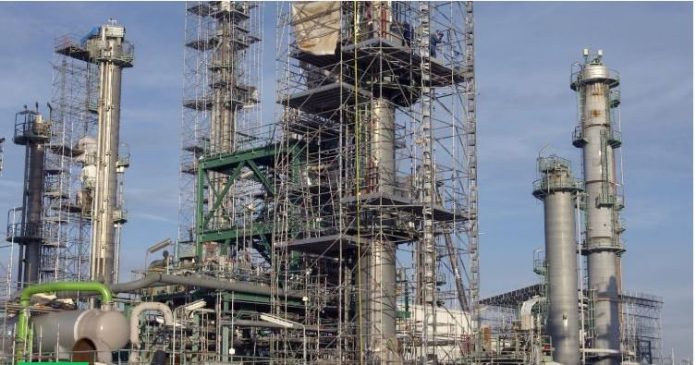 The $1.5 billion approved on Wednesday 17 March 2021 by the federal government for the rehabilitation of the Port Harcourt Refinery, as announced in Abuja, would have been celebrated as a welcomed development but for the obvious caveat from our experiential knowledge of the crookedness of those in and around our government including top managers of the NNPC and some of its strategic business units.

Is this pessimism? No! Rather, Nigerians have come to know that this Buhari-led government usually say one thing but means a completely different thing. When will this country mean more to us than individual selfish greed?

Does anyone need any reminding that this path announced by the Minister of State for Petroleum Resources is not only deceptive and evil but criminally blurred?

Hear the Minister of State for Petroleum Resources, Timipre Sylva: “The Ministry of Petroleum Resources presented a memo on the rehabilitation of Port Harcourt refinery for the sum of $1.5 billion and it was approved by the Federal Executive Council (FEC).

“So, we are happy to announce that the rehabilitation of the refinery will commence in three phases of 18, 24, and 44 months intervals. The first phase is to be completed in 18 months (one and half years from now) which will take the refinery to a production of 90 percent of its nameplate capacity.

How can this be good news to Nigerians?

Come; let’s reason together on this matter: The first phase which is expected to be completed in 18 months from now will take the refinery to a production of 90 percent installed capacity. Is this possible in the first instance?

There is no amount of rehab that can be done on a Plant that’s over 40 years old to bring it back to function at 90 percent designed capacity. You don’t need to be a Professor to know this, elementary process engineering will tell you that. How come Nigerians even the best learned amongst us are been taken for granted like this?

Now see where the fraud in the entire initiative is embedded: If the first phase of the rehabilitation project will achieve so much, what then is the need for the second and third phases? If any refining plant runs at 90 percent designed capacity, that’s already optimal and star performance. So what more do we need to do in the second and third phases if not to deceive Nigerians and siphon money plunging the nation deeper into indebtedness?

More so, we all know that the stay of this government ends in May or rather March 2023 almost the same time that the proposed first phase of the $1.5 billion rehabilitation is expected to be completed. Does anyone see what I am seeing? It means that between now and November 2022, these people would have pulled out $1.5 billion in the name of rehabilitating the coupled Port Harcourt Refinery. And this is the time that the present administration will be packing their kaya to go because that will already be the presidential campaign period for the 2023 general elections! You see!

We should actually ask: Is it not the same Port Harcourt refinery that was listed as top in the manifest of the national assets to be sold that the government wants to sink $1.5 billion to repair? How can a government that is not only completely broke but grossly indebted be proposing such an ambitious programme? Interestingly, the government plans to spend money that it does not have to repair a refinery that it does not need? What a country!

We have not forgotten that Tecnimont, an Italian process engineering and consulting firm did the first diagnostic review of the Port Harcourt Refinery for the NNPC in 2012 on the invitation of the then Group Managing Director of NNPC, Austen Oniwon.

The Italian firm asked for about $3million for its integrity check on the Port Harcourt Plant and estimated the cost of repairs at about $290million. This cost was later escalated to $400million as the Nigerian factor and fraudulent interests of top NNPC managers and political players came into the bid for the project.

When Diezani Allison-Madueke became the Petroleum Miniser under the Jonathan administration, everything changed

In 2013, $1.6billion was budgeted for Turn Around Maintenance (TAM) for the nation’s existing three refineries- Port Harcourt, Warri and, Kaduna, and Mrs. Diezani Allison-Madueke, told the entire world that over 75 per cent of the spare parts for the maintenance of the Port Harcourt Plant had been procured and received by the NNPC. She also said that the TAM would cost $147million while modernisation of the refinery could cost $406million and that original builder of the refinery had already been paid $32million for the job.

When Buhari’s government came on stage, Dr. Ibe Kachikwu, who first served as the NNPC GMD and later as Minister of State for Petroleum, suspended Tecnimont’s original bid to fix the Port Harcourt Refinery on the ground that Nigerian engineers in the NNPC system can do whatever Technimont was proposing if the materials are made available to them.

When Maikanti Baru, took over as NNPC GMD, in what obviously looked like playing a sscript set to undo every positive initiative that his predecessor undertook including asking the Italian Technimont to come back to the Port Harcourt refinery rehab project.

On this second missionary journey, the Italians submitted a fresh service bill to NNPC for $50 million for the same integrity test and scoping of the Port Harcourt Plant. The cost of repairs of the refinery was now pegged at $1.78billion with caveat for review as situations may warrant.

Why should a government already grossly in debt borrow over $1.5 billion to repair a facility already listed for sale and at a cost many times over what was quoted few years ago for the same project? So where is the larger public interest in the deal?

How else can anybody describe this move if not to say that the proposed investment is another in the series of black holes and sweetheart deals that the Buhari administration has come to be known for?

As correctly remarked by an analyst and oil industry watcher, “For decades, the refineries have been Nigeria’s biggest lottery, the draw with which the NNPC keeps its cronies, politicians and the government in power.” This has to stop if we are going to make any inroad in the nation’s downstream business.

The tragedy of the current Nigerian downstream situation is that every single person that could have been defending our collective national interest in this matter is deeply involved the ongoing racket either directly or by proxy. The presidency calls the shots, top managers of the NNPC and its strategic business units especially the PPMC et’al are all neck-deep in the racket. But God is watching and will definitely judge all of you. God bless Nigeria! 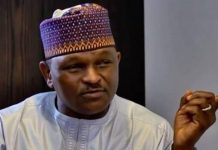