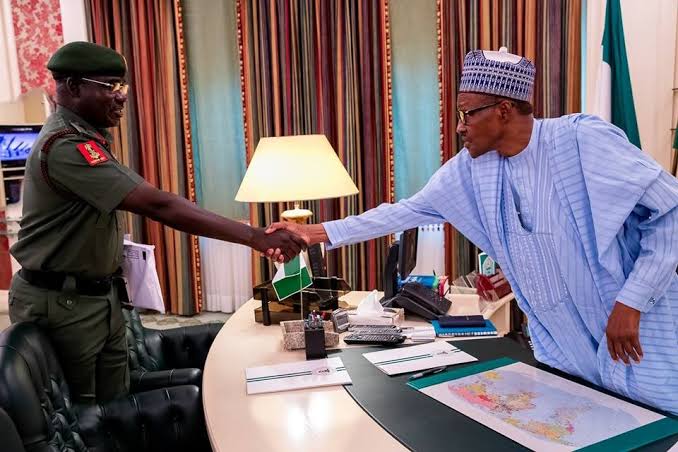 The Chief of Army Staff, Lt. Gen. Tukur Buratai, at the State House, Abuja, where he went to brief President Muhammadu Buhari on the military operations to wipe away insurgents, said that over 1400 Boko Haram terrorists have been killed in the operations in the northeast.

Army Chief of Staff, Buratai, after a meeting with President Muhammadu Buhari at the State House, Abuja, remarked that the military operations since he joined the troops few months ago, have been successful.

General Buratai commended the morale, resilience and performance of the troops; saying that the military is determined to rid all parts of the country of terrorism and banditry.

He, however, did not give details of casualties on the side of the Nigerian Army, but maintained that the troops are in high  spirit.