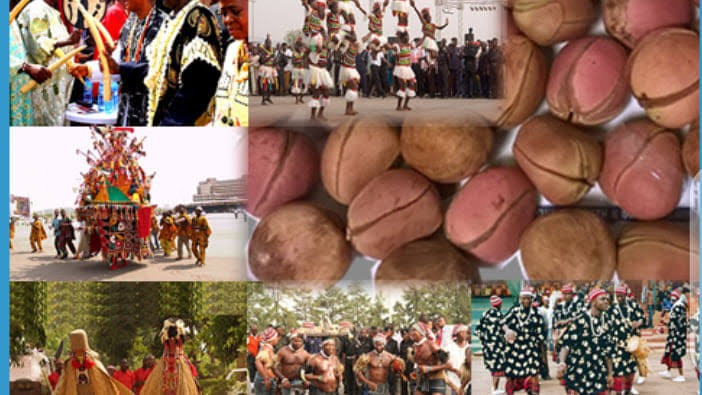 An Enugu-based cultural organization, Centre For Memories (CFM) says it has began compilation of undocumented history, tradition and culture of Igbos for preservation and reference purposes.

The Executive Director of the Centre, Mr Iheanyi Igboko made the disclosure on Sunday, in Enugu in an interview.

Igboko explained that the essence of the establishment of the centre was to document history, tradition and culture of Igbo people handed over to it from one generation to another.

“We built the centre to document, preserve and tell the Igbo history for the people of the region to identify their culture,” he said.

According to him, the centre is working to bridge the gap between the Igbo’s undocumented history, tradition and culture being handed over to them from one generation to another.

He said, “The centre is taking it upon itself to do some documentation of them in terms of preservation and promotion of Igbo identity.

“We do not want a situation whereby next generation will have to travel to other lands to look for how their forefathers lived.

“Some people thought that Igbo cultures were fetish and useless but that is not true; come and ask your questions and we will be able to provide the answers at the centre,” Igboko said.

Igboko, however, said that a group of like-minded individuals, burdened with the desire to build an Igbo historical centre pooled their funds together to reposition Igbo culture, history and excellence in 2017.

He added that they seek for Igbo culture from different locations as it was difficult to place Igbo culture on one stand point of view.

“For instance, the evolution of the Igbo people does not have one story, we have Nri, Arochukwu, Okigwe and Jewish angles.

“The centre is also trying to bring all of these stories together for people to see and going into exhibitions, we try to profile icons, stories of Igbo origin in their iconic moments.

“Many do not know about Ekumekwu War, Arrow Angle War in 1901 or even Nigeria-Biafra War,” he said.

He said one would see exhibition of Igbo masquerades, cultures, exhibition on loss of Igbo technology and iconic Igbo people before independence at the gallery

He further said that “at the centre what concerns Igbos is our business and we have taken it upon ourselves to unravel and provide answers to certain mystery behind Igbo cultures.

The director however, appealed to Ndigbo to support the centre for more Igbo exhibitions, saying that, the centre was currently funded by few individuals that loved Igbo culture.

He listed activities held at the centre to include Igbo fairy tales for children, Children’s online book club and “Nkata Umu Ibe” (Family Discussion) featuring prominent Igbo personalities to discuss issues on development of the region.

Share this on WhatsApp
Related Topics:CentredocumentationEnuguIgbo historical events
Up Next