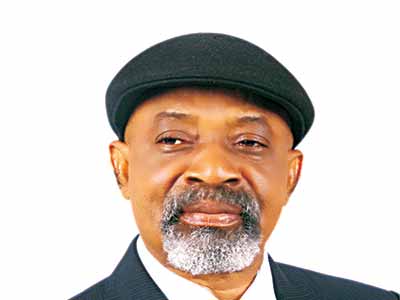 The Minister of Labor and Employment, Chris Ngige, is of the opinion that if the PDP, decide on a presidential candidate from the North come 2023, they would lose. He said this during an interview with Vanguard.

The Minister who is a chieftain in APC said this while responding to a comment made that PDP might be delaying its presentation of its presidential candidate for the 2023 election to see who the APC candidate would be. The reporter had mentioned that there are speculations that the PDP might field a Northern candidate if APC fields a Southern candidate.

”The PDP top apparatchik think they are smart. They want to play a fast one. They are waiting for APC to say ‘South.’ Their calculation is that when that happens, they will go North. Number one, that will be an act of bad faith because it will mean that they have taken the people in the South-South and South-East that have all along supported PDP 90 percent in all the elections, for a ride.

In the 2011 election, I was the only opposition candidate in the former Eastern region that won election. I was the only one among the entire three senators per state, in the five states of the South-East and six South-South states, except Edo where we had Uzamere and Domingo Obende. Those who later became APC were those who cross-carpeted after the victory of APC, like Senator Magnus Abe and others.

For PDP to say they are waiting for APC, they are playing games. It’s going to be a costly venture for them because during election, it is like a drought game. You anticipate the opponent to see the seed he wants to play next. That seed of PDP of going North will backfire. They better align with APC and if APC comes South let them come South. So, it becomes an all South affair.

Share this on WhatsApp
Related Topics:Chris NgigeloseNorthernpresidential candidate
Up Next

Ahmed Musa reveals AFCON 2021 will be his last for Nigeria