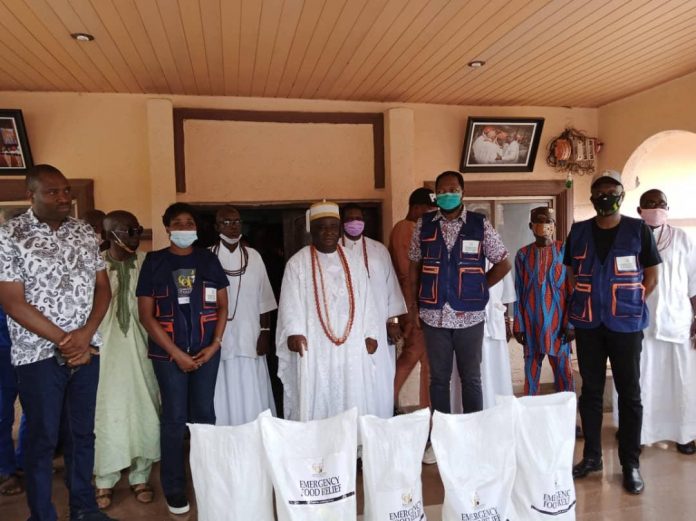 The need to complement governments at all levels in addressing the worsening effects of the COVID-19 lockdown informed the Chris Oyakhilome Foundation International (COFI) donations, of emergency food relief items to 2000 households in Ewu communities, Edo state.

It would be recalled that the Chris Oyakhilome Foundation International had since the beginning of the pandemic been at the forefront of reaching out to communities and states in their efforts at cushioning the effects of the lockdown on Nigerians.

In this latest effort, several families have benefitted in their thousands in the Chris Oyakhilome Foundation International palliatives which included food parcel containing Rice, beans, garri amongst others.

The Chief Team lead of the foundation, Pastor Omoh Alabi, disclosed that the founder of the Foundation believes government alone cannot cushion the effect of the lockdown, hence the need to support its efforts

She explained that it is part of the Foundation’s emergency food donations, which she claimed would Cut across the six geo-political zones in the country. 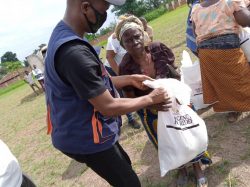 “Our Man Of God, Pastor Chris Oyakhilome DD DSc believes that Government needs immense support from the Christian Community as well as well-meaning individuals as it cannot do it alone. It is In recognition of the above that the COFI has reached out to help governments in meeting this need by providing food items to households.

She said the Chris Oyakhilome Foundation International has embarked on the emergency food relief across the nation, with tens of thousands of families across the six geo political zones of the country benefitting from the gesture.

“In Nigeria specifically, we have had collaborative statewide Food Relief Distribution with various state governments and partner agencies, these include, Lagos, Ogun, Edo, Delta, Cross River, Adamawa, Ebonyi, Rivers, Borno, Imo, Abia and The Federal Capital Territory-Abuja among others.

“So far, we have reached several thousands of households in hundreds of communities in several countries with more than half of the beneficiaries in Nigeria alone. This has been made possible through the Christ Embassy Churches across the countries,” she added.

Receiving the donation on behalf of Ewu kingdom, the Onojie of Ewu, His Royal Highness, Abudu Rasak Ojiefor Isesele the III, hailed the founder of the Foundation, Pastor Chris Oyakhilome for the kind gesture.

In his words, “Rev. Chris Oyakhilome, you have brought huge succor to the communities and the kingdom at large. 2000 households are no joke; it will go way in ameliorating the suffering of my people particularly in this COVID-19 period. The people of Ewu are proud of him, he is our illustrious son”.

The elated Onojie stated that since the COVID-19 Curfew, his subjects have always cued every day at the Palace seeking for palliatives to address the hunger needs occasioned by the stay at home order.

Some of the beneficiaries who could not hide their feelings expressed total satisfaction and Confidence on Pastor Chris’ Foundation for coming in such a time to ameliorate their sufferings.

They pray God to use him to do more for the people particularly the less privilege.

COFI is a non-profit and non-political organization that was established to help individuals, communities, nations to live a purposeful and productive life through the sponsorship of different initiatives that are in line with the founder’s mission.

Since inception, it has have impacted more than 500 communities of 1 million persons in 23 Africa countries, including Indian, whilst also endowed tertiary institutions with infrastructure and amenities essential for learning.

Caption for images: The Chris Oyakhilome Foundation team meets with traditional rulers and beneficiaries in Edo communities during the distribution of COVID-19 palliatives to over 20,000 households in Edo state communities at the weekend.