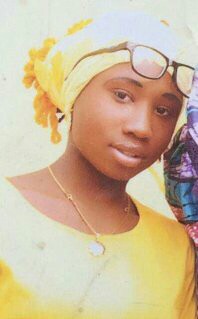 Share this on WhatsApp
Spread the love
Nata Sharibu, father of the only student of Federal Government Science and Technical College, Dapchi, Yobe state who is yet to be freed, says Boko Haram insurgents decided not to release Liya Sharibu because she refused to denounce Christ, insisting that Jesus is Lord of her life.
A total of 110 students were abducted when insurgents raided the school on February 19.
In a surprising manner, Boko Haram fighters returned the girls to Dapchi earlier today, Wednesday 21. However, they held back one of tbe girls.
Multiple sources told this newspaper that 104 girls were released but Lai Mohammed, minister of information, said only 76 had been profiled. He later update the number of freed girls to 91, saying additional information would be released later. 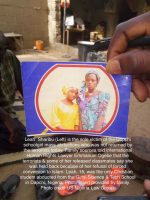 Speaking on RayPower FM shortly after the students were released, the girl’s father said he learnt that the insurgents gave his daughter the option of converting to Islam but she rejected it.
He expressed delight over her stance but prayed for her return.
“All of them were released. They said some were dead there and my daughter is alive but they cannot release her because she is a Christian,” he said.

“They gave her the option of converting in order to be released but she said she will never become a Muslim… I am very sad but I am also jubilating too because my daughter did not denounce Christ.”

It was gathered that Christians have begun praying fervently for the safe return of the remaining girl.

It remains to be seen how the President Muhammadu Buhari and his government responds to the Christian girl who is being held by the Islamic Terrorists for refusing to denounce her Christian faith.