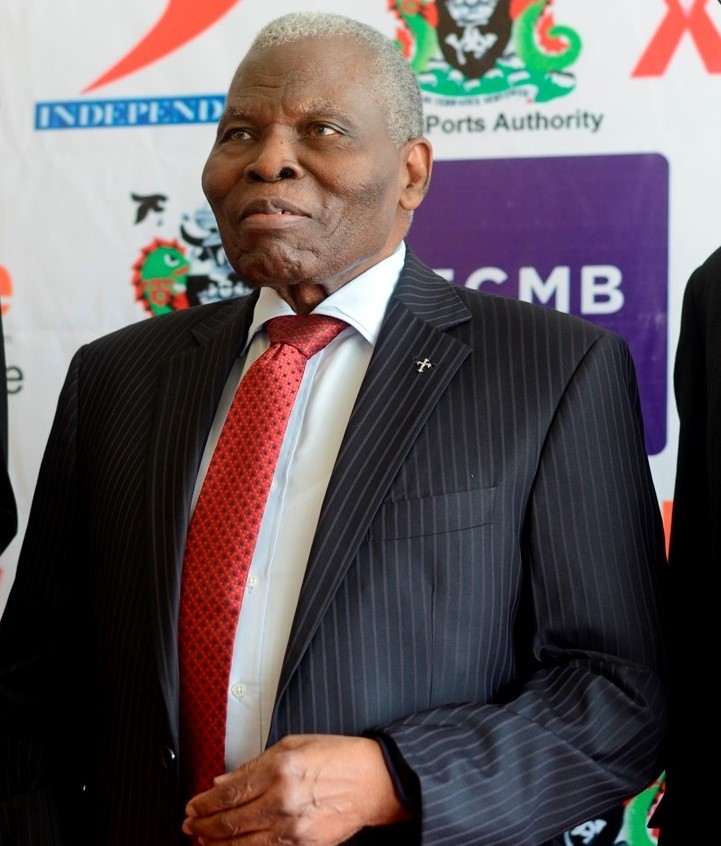 The birthday gift Dr. Christopher Kolade will cherish most as he steps into the nonagenarian club, a bona fide member, is for Nigerian youths to take the initiative, pick up the gauntlet and do what they are able to do and for every Nigerian to do something to make his or her little corner better, because he strongly believes that in doing so “we will have a better country.”

This month, December 28 to be precise, Dr. Christopher Kolade, will join the privileged nonagenarian club. He was born in 1932 in the bucolic community of Erin-Oke, Osun State. At 90, the man Nigerians call ‘Mr. Integrity’ has seen it all, ordinarily earning a bragging right. But for him, a devout man of uncommon humility, longevity is an unmerited favour from God and all praises must go to Him.

But it has been a most-fulfilling life of incredible accomplishments. A teacher, journalist, administrator par excellence, boardroom doyen, diplomat and academic, Kolade who started his public service after graduating from the famous Fourah Bay College, University of Sierra Leone, as a colonial era Education Officer in the mid-50s, went into broadcasting when Nigeria gained independence in 1960. In his 18-year (1960-78) sojourn in the media space, he reached the peak – Director General of the Nigerian Broadcasting Corporation (NBC).

A man with the Midas touch, his stint at Cadbury Nigeria Plc. where he was the managing director/chief executive officer and later chairman is still adjudged the golden era of the multinational company.

The story was the same when former President Olusegun Obasanjo tapped him in 2002 to proceed to the United Kingdom as Nigeria’s High Commissioner. When he retired mid-year 2007 from the position, Britain knew that a different kind of diplomat had come to town.

Before he left for the United Kingdom, he was on the Faculty of the Lagos Business School as lecturer in Corporate Governance, Leadership and Human Resource Management from 1995 to 2002. After his diplomatic tour of duty, he returned to the Lagos Business School to continue his teaching and research programme and in February 2009, he was appointed Pro-Chancellor and Chairman of the Governing Council of the Pan-African University. He is presently the Chancellor of McPherson University in Ogun State.

Unlike the axiomatic Jack of all trades who masters none, Dr. Kolade has excelled in all fields of human endeavour he ventured into.

For his contributions to nation building, he was awarded the national honour of Commander of the Order of the Niger (CON) in 2000.

Many people in Kolade’s intimidating shoes would be boastful. Not him! He believes God only gave him opportunities in life. For his devotion, in 1981, he received the medal of the Order of St. Augustine from the Archbishop of Canterbury and he is also a Lay Canon Emeritus of the Cathedral of the Holy Spirit, Diocese of Guildford in the UK.

At 90, Dr. Christopher Kolade who enjoys reading and playing musical instruments like the piano, has retired. But he is not tired.

Granted, old age has made him to give up certain hobbies he used to enjoy in his younger days like playing tennis, but his craving for a better Nigeria remains undiminished.

His passion for the well-being of Nigerian youths is a lifelong undertaking. Even as he recovers from a hip surgery that has incapacitated him all year and hindered his movement, he does not throw away any opportunity to mentor young people.

That was the idea behind the interview with TheNiche in November. Even as he is learning to walk again, he couldn’t resist an opportunity to talk about leadership and the central role of Nigerian youths in the country’s renaissance.

Naturally, he spoke about corruption and emphasized that when the quest for leadership becomes an entitlement hallucination, it detracts from accountable governance, but he was more concerned about the role of the youths in leadership.

“Leadership is a responsibility. And unless you are carrying out that responsibility, you are failing as a leader. Unless you know your responsibility and achieve the result expected from your leadership, you are a failure,” he emphasised.

So, Nigeria is failing because the leaders only enjoy the privileges and perks of office but run away from the obligations and responsibilities of leadership.

But as hopeless as the situation may seem, Dr. Christopher Kolade is still hopeful: an optimism buoyed by the country’s youthful population.

He saw in TheNiche interview an opportunity to talk directly to the youths. “Even in my present state, I still make out time to talk to the youths,” he said.

But it is one thing to have knowledge and another thing to apply the knowledge in solving societal problems, which is the key that unlocks the padlock of development.

Dr. Kolade explains it thus: “Let us go back to when we were in school. When I was in school, my teachers taught me many things and I learnt a lot of things but until I reproduced what I was taught in an examination, I didn’t pass. I am not saying that the fact that they have the knowledge is not important. It is. But even more important is what you are doing with the knowledge.”

Dr. Christopher Kolade expects that having acquired the requisite knowledge, Nigerian youths will develop the commensurate “ability to make effort, to stand up and say I am going to do this. My hope for young people is that we know that they are already having what they should have, let them develop the dynamism to do what they want to do.”

“For as long as they are waiting for the older generation to hand over something to them, they will wait forever because when somebody is sitting on a chair and you are waiting for that person to vacate the chair so that you can sit on it, you are simply saying, until you vacate, I will not sit. So, if I don’t vacate you will not sit.”

At 90, Dr. Christopher Kolade has not given up on Nigeria despite its self-inflicted wounds. Many in his position would have done otherwise. Not him! In all this, he does not think about self. He thinks about the country, its future and the wellbeing of the youths. That is the hallmark of patriotism.

As he puts it: “At my age, you cannot attract me with anything. You cannot say to me now come and do this so that I can give you this because I will say, what do I need it for? That is age. But when I was younger, I was looking for opportunities, I had ambition.” That is contentment.

There is no doubt that Dr. Kolade is a very contented man. But that does not necessarily come from age. Many of those still ruining Nigeria today are by no means spring chickens. He has always lived for others, not self – the philosophy that underpins his worldview.

He posits that at the root of the country’s many woes is lack of quality leadership. For leadership to be effective and impactful, he asserts that it must be transcendental.

The birthday gift Dr. Christopher Kolade will cherish most as he steps into the nonagenarian club, a bona fide member, is for Nigerian youths to take the initiative, pick up the gauntlet and do what they are able to do and for every Nigerian to do something to make his or her little corner better, because he strongly believes that in doing so “we will have a better country.”

Happy 90th birthday to the man who signs off on his text messages to me with his initials ‘CK’, the colossus who instantly became a friend and a mentor on that fateful Thursday morning, October 18, 2019 when he chaired the second edition of TheNiche Annual Lecture delivered by his bosom friend, Prof. Anya O. Anya.

Electioneering as a blindfold