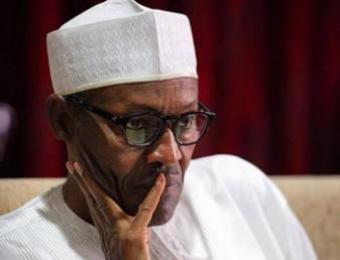 Conference of Nigeria Political Parties (CNPP) has urged President Muhammadu Buhari to end the inefficiency and endemic corruption in NNPC Limited, formally Nigeria National Petroleum Corporation (NNPC), if Nigeria will ever meet its Organisation of Petroleum Exporting Countries (OPEC) production quota in the near future.
The CNPP in a statement by the Secretary General, Willy Ezugwu, indicated that to continue to see the monetary policy of the Central Bank of Nigeria (CBN) as responsible for continuing crash of the naira against the dollar, amounts to taking the blame game of appointees in the Buhari administration too far, insisting that “the CBN cannot be blamed when the country is not meeting its OPEC production quota as an economy that mainly depends on crude oil revenues.

The CNPP berated the Minister of State for Petroleum Resources, Timipre Sylva, who confirmed that Nigeria was not meeting its OPEC production quota due to oil theft.

Faulting the Group Chief Executive Officer of NNPC Limited, Mallam Mele Kyari, who corroborated the Minister’s position and lamented that Nigeria was currently losing about $2 billion monthly to the activities of oil vandals, the CNPP declared: the “claim was aimed at shielding himself and the company’s management team from any blame.
“The country is obviously facing revenue challenges as a mono-economy and the only viable sector for earning foreign exchange is managed by corrupt appointees of the present administration.
“According to media reports, as at June this year, Nigeria has incurred an estimated petrol subsidy to the tune of N2.1 trillion in the first six months of 2022. This is besides crude oil the NNPC illegally swap traditionally to sustain a corrupt subsidy regime.

“The World Bank had said in its recent Nigeria Development Update report that “due to the petrol subsidy and low oil production, Nigeria faces a potential fiscal time bomb.”
CNPP maintained: “In this 2022, the Federal Government initially budgeted N443 billion for petrol subsidy between January and June but the approval of the National Assembly in April to subsidise the product to the tune of N4 trillion this year.
“As we continue to fund corruption in the NNPC under the guise of petrol subsidy, recent data from NNPC presentation to the Federal Accounts Allocation Committee (FAAC) showed that the NNPC has continued to be handicapped in meeting its remittance obligations and blames it on subsidy burden.

“The NNPC paid N327.06 billion as subsidy in May, representing a 20.4 percent increase from the previous month and the highest on record this year, just as the now rebranded oil firm also paid N210.38 billion, N219.78 billion, N245.77 billion, and N271.59 billion as subsidy on petrol in January, February, March and April, respectively.

“It is unfortunate that NNPC Limited has since inherited a management team that has failed in all respects, including its inability to remit revenues in due season, lack of transparency in subsidy payments, and gross inefficiency in revenue generation.

“It is worrisome that NNPC, for over ten months, has been unable to meet OPEC production quota due to gross inefficiency and corruption but, as part of the blame game of President Buhari’s appointees, oil-thieves must be painted as solely responsible in order to remain in office.

“It has become very clear that we cannot continue to blame the monetary policy of the Central Bank of Nigeria (CBN) for continuing free-fall of the naira or the sharp fluctuations in the exchange rate against the dollar when NNPC has consistently remained incapable of meeting Nigeria’s OPEC production quota for months.

“The CNPP, therefore, urges President Muhammadu Buhari to take very decisive steps towards ending the endemic corruption and gross inefficiency in NNPC if Nigeria will ever meet its Organisation of Petroleum Exporting Countries (OPEC) production quota in the near future.”