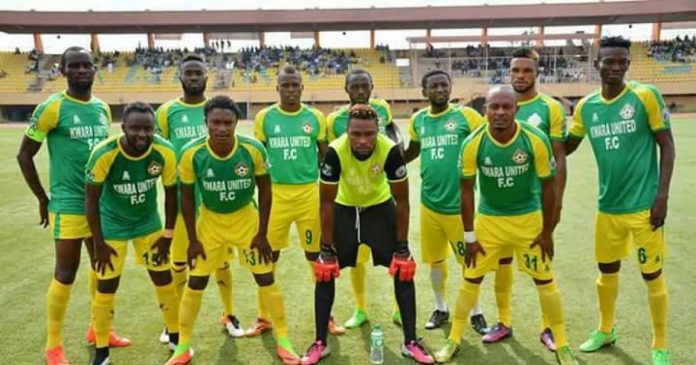 By Esther Egbe
The management of Kwara United said it would take appropriate action if  Coach Bala  Abubakar did not return to his duty post immediately,  after he unceremoniously resigned from the Ilorin based club last week.
Prince Thompson Oladimeji the Club Chairman told National Daily during a chat .
He expressed  disappointment that with all the club did to make coach  Bala comfortable to do his job he could abandoned the ship at the middle of the sea.
Prince Oladimeji said  salaries and other emoluments were paid to the coach  in advance adding that only the players were owed two months salary arears  because of the delay in allocations from the government.
ALSO READ:Armed robbers stormed Etor’s home
He warned the Niger state born handler to return to his duty post or face the legal consequences because the Club’s lawyers  have been  briefed  to take appropriate action.
The club’s official vehicle was still in his possession and he has an existing contract with the team told our reporter.
He appealed to the government and stakeholders to support the Kwara Utd as they prepare to face Rivers United in the NPFL match day 19 fixture in Ilorin on Sunday.