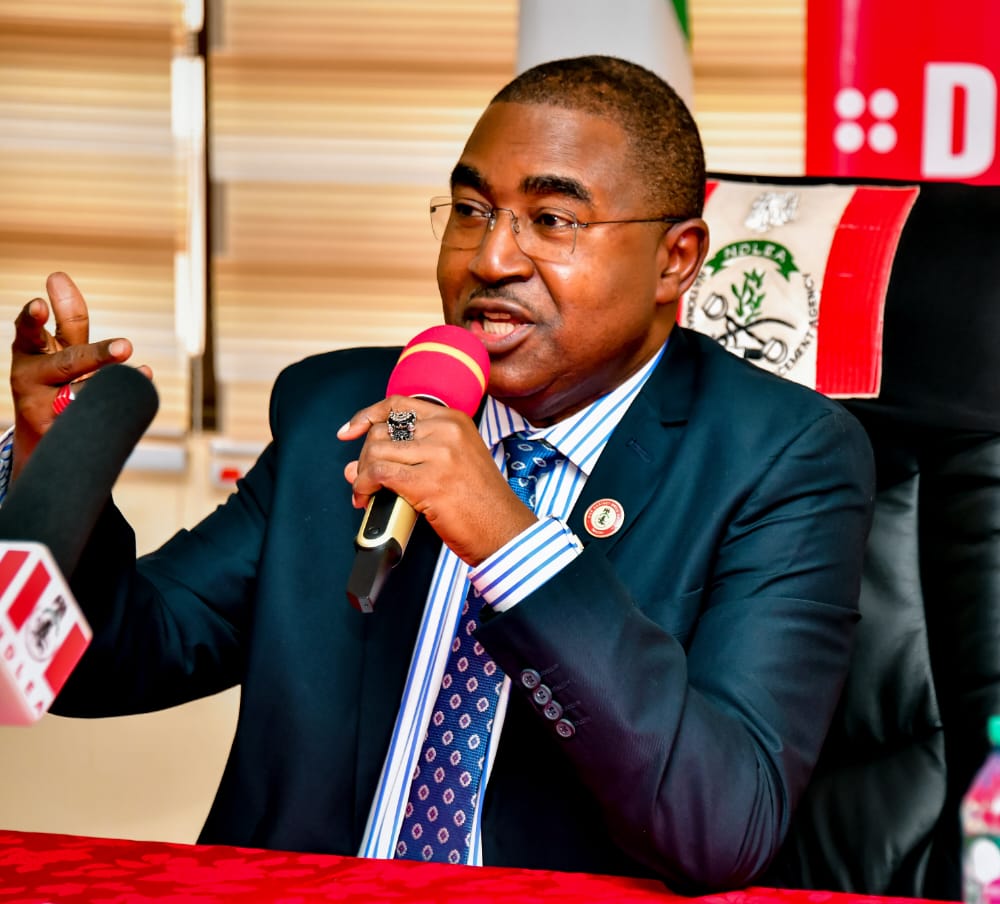 Save for the fact that the news came from the National Drug Law Enforcement Agency itself, Nigerians would have found it hard to believe that there is a prodigious amount of cocaine sequestered somewhere in the southwestern part of Nigeria that could weigh up to 1.8 tonnes and be worth up to two hundred and seventy-eight million, two hundred and fifty thousand dollars ($278, 250,000), equivalent to one hundred and ninety-four billion, seven hundred and seventy-five million Naira in street value.

Since the assumption of Gen. Mohamed Buba Marwa (rtd) as the Chairman/Chief Executive Officer of the National Drug Law Enforcement Agency, NDLEA has been recording feats upon feats in the war against drug abuse on a daily basis. There’s seldom a day that passes without the news that the agency has made a significant seizure of illicit substances or has made arrests of drug traffickers. It almost looks like the traffickers are now competing for fame through making headlines.

Murphy’s law should have simply been enough to stop the cartel that stashed cosmic cocaine in Nigeria’s centre of excellence. But they doused themselves in ashes and blocked their vision of the impending peril. Lo and behold, the NDLEA, which had been on their trail since 2018, caught up with them, and this time, with a massive score that Nigeria had never witnessed before.

According to the NDLEA, this is the largest single cocaine seizure in the agency’s history. The press release, which was signed by the agency’s Director of Media and Advocacy, reads in part: “In what appears to be the biggest singular cocaine seizure in the history of Nigeria’s premier anti-narcotic agency, operatives of the National Drug Law Enforcement Agency, NDLEA, have busted a major warehouse in the Ikorodu area of Lagos where 1.8 tonnes (1,855 kilograms) of the illicit drug worth more than Two Hundred and Seventy Eight Million, Two Hundred and Fifty Thousand Dollars ($278, 250,000) equivalent of about One Hundred and Ninety-Fifty) Naira in street value were seized.”

The warehouse, located at 6 Olukuola Crescent, Solebo Estate, Ikorodu, was raided on Sunday, September 18, 2022, while the barons were picked up from hotels and hideouts around Lagos between Sunday night and Monday morning.

The class A narcotics, according to preliminary findings, were cached in the residential estate, from which the cartel attempted to sell them to buyers in Europe, Asia, and other parts of the world.

Although NDLEA’s press release indicated that the busted drugs were meant for distribution to Europe, Asia, and other parts of the world, there is no guarantee that the drugs won’t be peddled internally in Nigeria. However the cartel intended to merchandise the illicit drug, this arrest and seizure deal a historical blow to illicit drug traffickers in Nigeria and a strong warning to international cartels that Nigeria is certainly not a trading ground.

This is the second time in less than two months that Marwa is rewriting history in Nigeria’s war against illicit drugs. Recall that the agency on the 4th of August 2022 destroyed 560,068.31414 kilograms of assorted illicit drugs in Badagry, Lagos state. The destruction broke history because it was the highest quantity of drugs to have been destroyed by the agency.
Leading other top officials of NDLEA, other security agencies and members of the public in the burning of heaps of illicit drugs in Lagos, Marwa, said the exercise is a strong message to drug barons and cartels that they’ll continue to lose their huge investments in the criminal trade if they fail to back out and look for other legitimate businesses.
It is therefore apparent that Marwa, who once swept the then notorious Lagos of criminality that was bedeviling the state, is rewriting history in Nigeria’s war against illicit drugs and trafficking. He has re-energized the NDLEA, which is now more sophisticated and unstoppable, and is bringing the war to the peddler’s doorstep, with major successes already recorded.

The statistics are not friendly to drug peddlers anymore. The losses that they suffer are spiking exponentially, and Nigeria is gradually winning the war. Statistics coming out from the NDLEA indicate that since the assumption of Marwa as the Chairman of the agency, the agency has arrested over 18,940 suspected drug traffickers, comprising 17,444 males and 1,496 females, including 12 barons from January 2021 to July 2022. Also, the agency recorded 2,904 convictions as well as seizures of over 3.6 million kilograms of narcotics and other psychotropic substances. The agency also said that it has seized no fewer than 286 assets and 600 accounts and has blocked over 600 accounts of drug offenders between January 2021 and August 2022.

Every kilogram of drug seized is one kilogram less on the street; every asset seized decapitates the drug business; every drug trafficker arrested weakens a link in the drug supply chain; and every conviction is a clear blow to drug syndicates.The numbers above aren’t just indicators; they serve as a fierce warning to drug peddlers that it is no longer business as usual as the flaming swords of NDLEA are ever ready to strike them down. Certainly, Marwa is rewriting history, and it is not in the favour of drug offenders.

Mahmud Isa Yola is Special Assistant to the Chairman of NDLEA.
[email protected]