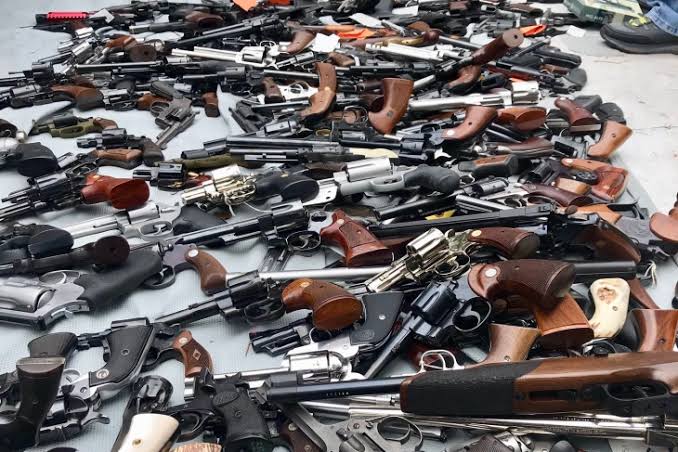 The Yoruba Council of Elders Europe and America has petitioned the Office of the United Nation Secretary General over President Muhammadu Buhari Executive Order that revoked private individuals’ licenses on firearms or shotguns in Nigeria.

An action, the group argued will make over 200 million Nigerians under existential threat and vulnerable to rampaging Fulani herdsmen whose propensity for bloodshed has continued unabated.

In the petition dated June 1, 2019 and sent to United Nations Office on Genocide Prevention and the Responsibility to Protect New York, USA, the group said the Executive Order is a breach of right of the people and a threat to their existence and survival.

Recall National Daily reported that President Muhammadu Buhari signed an Executive Order that revoked private individuals’ licenses on firearms or shotguns in Nigeria. According to the said Order, withdrawal of the licenses will take effect from June 1, 2019 and that all those in possession of such firearms must surrender them at the nearest police station alongside the licenses.

According to the group, the rising incidences of wanton killings going on the country calls for urgent intervention by the United Nations to save a situation of potential genocide.

“Intelligence available points at genocide about to happen on a scale never known before, executed by armed people with logistics back up and positioned strategically around the country.

The group said several cases of major assaults and onslaughts against Yorubas have been reported to the knowledge of Yoruba Council of Elders Europe and America, in which victims narrated their experiences and that of their families in the hands of Fulani herdsmen.

Citing the case of former Secretary to the Government of the Federation in Nigeria, Chief Olu Falae who suffered financial loss on his invaded farm, was kidnapped with ransom demanded, and with his worker killed following repeated and incessant invasion of his farm by Fulani Herdsmen.

The group also recounted the statement of Nigeria’s former Minister of Defence, General Theophilus Danjuma (rtd)  who specifically stated that communities attacked by herdsmen in the country need to rise up to defend themselves, accusing government forces colluding with the armed bandits that kill Nigerians and facilitate their movement; they cover them.

“The actions of the government of the Federal Republic of Nigeria, still in the same pattern contained in various reports and evidences, continue to fuel a situation where those attacking innocent citizens in effect enjoy advantage of resources and logistics and are also benefiting from inaction of authorities

“In further boost to the campaign of the Fulani herdsmen, and a step which further equip them logistically, including in the coordination of their activities the Federal Goverment of Nigeria announced in May 2019 that it has acquired an amplitude modulation (AM) radio broadcast licence to reach herdsmen across the country, a radio station which would operate on the frequency of 720KHz and would air in Fulfude, a language spoken mainly by the Fulani tribe.

“In a dramatic twist that has left Nigerians bewildered, President Muhammadu Buhari announced he has signed an Executive Order, operative from 1 June 2019 withdrawing from Nigerians the licence of all legally issued firearms. This final act has left about 200 million Nigerians under existential threat. The final act that paves way for genocide to commence!

The group disclosed that other groups in Nigeria have also expressed concerns and frustration on how the actions of the Federal Government of Nigeria has made them vulnerable in the hands of those who target their land and other resources.

They said the declaration of withdrawal of licenced firearms by Executive order of President Muhammadu Buhari (himself a Fulani man) is a final call by the Fulanisation Lords to the population targeted for their lands and resources to surrender all legally acquired arms and would be followed by suppression and putting into extinction of millions of Yorubas and other Nigerians.

“Nigerians at this present moment are facing IMMINENT DANGER. This state of imminent danger resulted hugely from the actions and inactions of the government of Federal Republic of Nigeria that has continued to create atmosphere that equip and embolden bandits while threatening, weakening and disarming innocent citizens.’

While calling on the United Nation to urgently intervene, the YCE also called on the Nigerian Judiciary to nullify the Executive Order, saying the current political climate in the country is not encouraging for such an Executive Order.