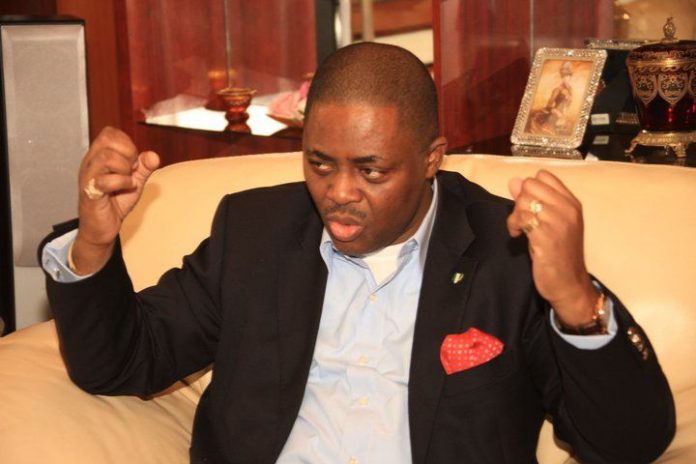 As UK’s ex-PM David Cameron said former President Goodluck Jonathan was sleeping behind the wheel in the wake of Chibok girls’s abduction in 2014, different counter reactions have followed, some making sense, some seemingly over the top.

Jonathan’s 2015 campaign manager  Femi Fani-Kayode, has just reacted to Cameron’s claim that the Jonathan government didn’t allow the UK to intervene in the effort to rescue the 274 girls Boko Haram kidnapped in the Borno village.

Fani-Kayode said that by making such allegation against Jonathan, Cameron had displayed his alleged complicity in the matter.

H “Telling the cheap cover-up lie that @GEJonathan rejected the help the UK offered to rescue the ChibokGirls, @David_Cameron has exposed his complicity in the deadly circus the Chibok abduction was,” he tweeted.

That is: the UK and its PM conspired with anti-Western Boko Haram to kidnap the girls from a Christian village of Chibok, Borno.

“David must now find the courage to confess his role in the abduction plan itself.”

Fani-Kayode is known for spinning conspiracy yarns about public and historic debates in Nigeria.

He once exposed how the Nigeria Army kidnapped Nmadi Kanu, the leader of outlawed IPOB, and imprisoned him in a vessel on the Atlantic Ocean in 2018. Meanwhile Kanu had done a bush parole, and was already out of the continent.