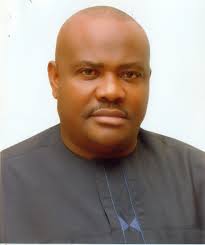 A former member of the House of Representatives, Hon Seconte Davies, has doubted the basis of granting amnesty to cultists by Governor Nyesom Wike in Rivers State.

The former lawmaker said that the amnesty programme was in an indictment on the Wike-led government; adding that the governor had several times, denied that there were no cultists or crisis or militancy problems in the state.

Seconte represented Bonny/Dagema Federal Constituency in the National Assembly. He, however, was of the opinion that whatever could be done to check the increasing cult activities in the state should be well thought out to let the state have peace. Meanwhile, a former member of the House of Representatives, Ogbonna Nwuke, another member of the APC, lauded Governor Wike for granting amnesty to cult members in Rivers State.

Nwuke commended the Rivers State Governor for taking the initiative to grant amnesty to members of the rampaging cult groups in the state in search of restoration of security and peace in the state.

According to Nwuke, who was a member of the APC in the House of Representatives, “the amnesty, if well executed, could bring about the desired peace in the state.”

The cult groups, he noted, had for some time now in Port Harcourt and its environment, carried out serious criminal acts and had made life unbearable for the people of the state, including the business environment as well as companies operating in the state.

He was of the view that life in the state could never be the same unless something urgent was done to arrest the situation. “I, therefore, laud the amnesty programme proposed by the governor of the state and advice that it should be well executed to get the desired result,” Nwuke stated.

On the cause of the cultism, the former lawmaker said that the cultists are the making of the frustrating society, adding that more importantly; they contributed in the making of those in governance in the state. So, they are part of the sources of political power for those in authorities in Rivers.

“The body language of those in authority and their actions or inaction, have gone a long way to activate these youths,” he said.

The society, he equally noted, has not been fair to them because most the youths are graduates who have nothing to do after their studies and the absence of the industries in the state, was largely responsible.