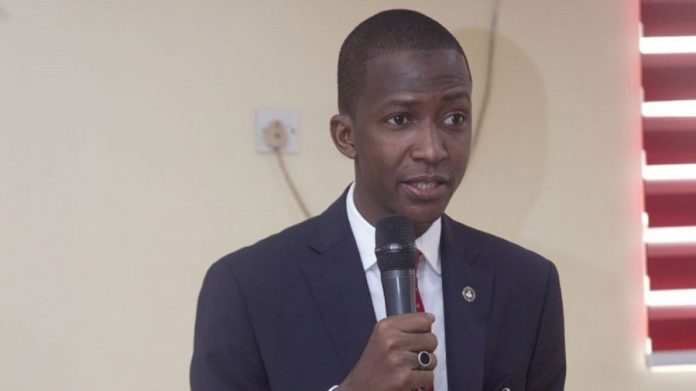 Executive Chairman of the EFCC Abdulrasheed Bawa has expressed concerns about corruption cases being lost to technicalities at various levels of court in the country, stressing that such a development may serve as a disincentive to the fight against economic and financial crimes.

He stated this on Monday,  May 23, 2022 in Abuja while giving his Opening Remark at a three- day capacity building workshop, themed “Judicial Dynamism: A Key Factor in the Fight Against Economic and Financial Crimes”, organised for judicial officers, corruption investigators and prosecutors.

According to him, corruption cases being lost on technical grounds have a way of building confidence in corrupt elements and negatively affect the cherished image of the judiciary. .

“As a Commission, we do not expect every judicial decision to go our way, but there are instances the EFCC and many Nigerians have been left at a loss about certain judicial decisions, where defendants who obviously have stolen our commonwealth and those who have aided and abetted them have been allowed to go home to enjoy their proceeds of crime on technical grounds. This has the tendency of affecting negatively the cherished image of and confidence in the Nigerian judiciary both locally and internationally.

“In the Commission, we hold the view that corruption is a plague that does not select its victims. Those stealing and abusing our common patrimony do not wish us well. Judges are as much victims of corruption as the ordinary man on the streets. It is therefore in our collective interest that the gains of the fight against corruption are not reversed. This is also why we must aggregate fresh opinions and forge deliberate winning tactics and strategies to stem its ugly tide”, he said.

Reviewing the impact of the EFCC in the fight against economic and financial crimes, in its 19 years of existence, the EFCC boss stressed that the Commission has carved a niche for itself with numerous milestones to its name.

“However, in the little over a year that I have had the privilege to superintend, the Commission secured an unprecedented record of 2220 convictions. It is the highest ever in the history of the Commission and as I address you this morning, we have already secured 1222 convictions, thus far, this year”, he said.

While commending the judiciary for its role in making the convictions record possible, the EFCC Chairman advocated for an enhanced welfare package for Judges and Justices.

Bawa also  commended President Muhammadu Buhari for signing into law the Money Laundering (Prevention and Prohibition) Act 2022, the Terrorism (Prevention and Prohibition) Act 2022 and the Proceeds of Crime (Recovery and Management, Act, 2022,  expressing optimism  that  the new laws would serve as significant legal instruments that would further strengthen and deepen the anti-corruption war.

On the issue of corruption cases being lost on technical ground, President Muhammadu Buhari said that it is an issue generating concern among Nigerians.

“Every corruption case lost on technical ground raises questions about judicial commitment to the fight against corruption. Perpetrators of corruption, economic and financial crimes should not be allowed to escape the justice they deserve on grounds of technicalities and conservatism,” he said.

The judiciary should not see itself or act as mere spectators or bystanders whilst criminals exploit mere technicalities to escape with our commonwealth, get bolder and embolden others to continue in the unwholesome act of corruption” , he said.

The President, who spoke at the event through the Secretary to the Government of the Federation, SGF, Mr. Boss Mustapha, charged judicial officers to “consciously aim to plug loopholes being exploited in our laws by critical elements in our midst”.

In his goodwill message, Attorney General of the Federation and Minister of Justice, Abubakar Malami, SAN, commended the EFCC and the National Judicial Institute, NJI, for collaborating over the years in building capacity for judicial officers, stressing that technological advancements and globalisation have made it imperative for law enforcement agencies and the judiciary to be up to date with emerging trends.

“ We are aware that technological advancements and globalization have brought about an increase in digital activities and transactions. Economic and financial crimes have moved to the digital world and cybercrime has become the focal domain of criminals.  There is a need, therefore, to bring our judiciary and the law enforcement agencies up to date with emerging digital trends”, he said.

Also,  at the event,  Chief Justice of Nigeria and Chairman, Board of Governors, NJI,  Justice Ibrahim Tanko Muhammad, assured that the workshop will identify factors that have served as impediments to  the effectiveness of the EFCC and the judiciary as veritable tools for the prevention,and successful prosecution of financial crime cases in Nigeria.

Other issues raised at the Opening Ceremony of the workshop are collaboration between the legislative arm of government and the judiciary in drafting and enacting laws, among others.