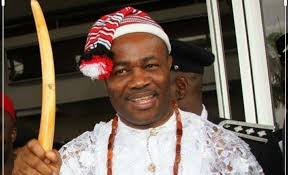 The Federal High Court, Abuja, presided by Justice Emeka Nwite on Thursday restored the senatorial ticket of Godswill Akpabio, former Minister of Niger Delta Affairs, and accordingly, directed the Independent National Electoral Commission (INEC) to recognize and publish the name of Godswill Akpabio, as the candidate of the All Progressives Congress (APC) for Akwa Ibom North-West Senatorial District in the 2023 general elections.

Justice Nwite, in his judgement, declared that INEC acted illegally for refusing to accept and publish Akpabio’s name even when it was sent to it by the APC as its candidate.

The INEC had rejected Akpabio’s replacement of an APC candidate who won the party’s primaries, since Akpabio did not contest the APC primaries for the senatorial candidate. Akpabio was contesting the APC presidential ticket at the time the senatorial primaries were held.