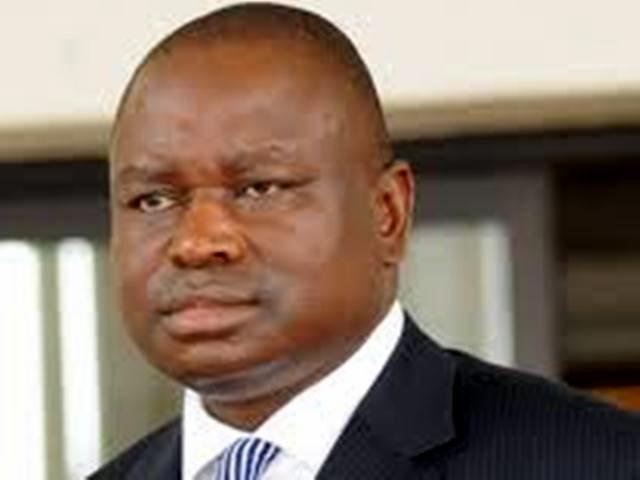 The embattled governorship candidate of the All Progressives Congress (APC) in Enugu State has vowed to reclaim his position after an Abuja Federal High Court nullified his primary election.

Sen. Ayogu Eze made the vow in a statement issued by his campaign organisation Chief Spokesperson, Mr Okey Ezirigwe in Enugu on Tuesday.

A Federal High Court in Abuja has sacked Sen. Eze as the governorship candidate of the APC.

In a judgment delivered Tuesday morning by Justice I. Ekwo of the Federal High Court 5, the court asked the Independent National Electoral Commission, INEC, to recognize George Ogara as the candidate.

He berated the committee sent by the APC National Working Committee to conduct primary election in Enugu.

Ezirigwe said that the movement towards President Buhari’s re-election and the decisive victory in the Governorship elections in Enugu State remained `unwaveringly’ on course.

“Our train is on the move. There is no stopping this great Rescue race to victory

“Our lawyers have briefed us about a strange judgment by a Federal High Court sitting in Abuja which tends to void the primaries conducted by the party in Enugu State.

“We want our teeming party supporters to disregard this reckless adventure from the bench, an adventure they knew would be discharged in due course.

“Our lawyers have assured us that all necessary legal steps are being taken to discharge this obvious miscarriage of justice within the next couple of days.

“Our party faithful and supporters from across the parties should remain calm and resolute while our lawyers are dealing with this minor distraction and irritation.

“We are however, humbled by the overwhelming outpouring of solidarity from our large supporters and ever growing support base, not only from every corner of our dear Enugu but from beyond.

“We appreciate their calling our attention to a curious Abuja court order which, as the saying goes, is really of no issue at all,” he said.

The spokesperson assured all and sundry that Ayogu Eze remained the Governorship candidate of APC in Enugu State.

He said that they were going on with their campaign in full assurance that Eze, would emerge as the Governor of Enugu State in March 2.

Ezirigwe said that the celebration by the Peoples Democratic Party (PDP) and its leadership over this judgment had further indicated that Eze was a big scare to the rattled PDP.

He called on the teeming supporters to ignore the court decision “purchased by a desperate political party for their sponsored agent to cause distraction” and continue with the already laid down campaign programmes.

Ezirigwe used the opportunity to congratulate their great party on the victory secured at the Court of Appeal sitting in Port Harcourt in respect to the Rivers State Governorship and other candidates.