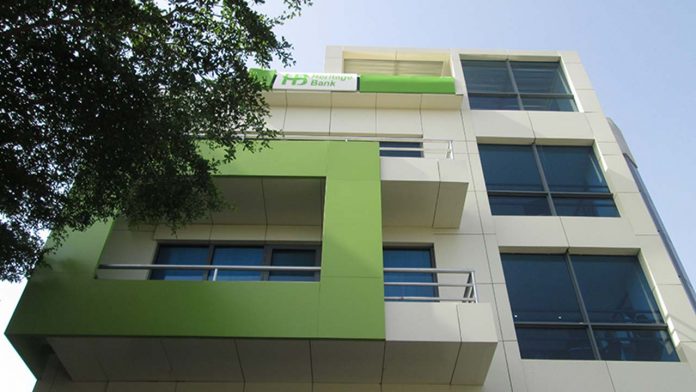 The Lagos Division of the Court of Appeal has affirmed the judgment of  Justice Oyindamola Ogala of the High Court of Lagos State, which ordered Unity Bank Plc and Heritage Bank Plc to pay a firm, Shield Petroleum Nigeria Limited, the sum of N10 million as damages.

It would be recalled that Justice Oyindamola Ogala, had in her judgment delivered on January 19, 2018, in a suit filed by Shield Petroleum Nigeria Limited and Bank of Nigeria against Unity and Heritage banks,  ordered the financial institutions to pay the claimants N10 million as general damages for breach of contract.

Not satisfied with the decision of Justice Oyindamola Ogala, Unity bank lodged an appeal numbered CA/L/855/2018 and urged the court to determine whether the court has jurisdiction to entertain the suit and whether there was a valid and enforceable contract.

But the Court of Appeal in its lead judgment delivered by Justice E.O. William-Dawodu dismissed the appeal and affirmed Justice Oyindamola Ogala’s judgement in its entirety.

Other members of the panel, namely: Justice Haruna Simon Tsammani and Justice Mahmoud Bayero equally consented to the judgment.

Upholding Justice Ogala’s decision, Justice William-Dawodu held that the lower court had jurisdiction to entertain the suit in Lagos, even though the subject in dispute is located in Oghara, Delta state.

On whether there is a valid and enforceable contract between Shield Petroleum Nigeria Limited and the appellants (Unity bank and Heritage bank), the court held that “There was a valid contract and that failure to keep to the agreed term was a breach.

“Having found that there was indeed a valid contract between the said parties, the pertinent question is whether or not there was a breach of it. Failure to keep to the agreed terms of a contract is a breach where the party in breach acted contrary to the terms agreed without lawful excuse, either by the non-performance or wrongful repudiation of the contract.’’

The gist of what culminated into the appeal as stated in the Notice of Appeal is that Unity Bank and Heritage bank granted loans to Bitumen Marketing Company Limited (BMC) in respect of its bitumen Tank Farm in Oghara, Delta State.

However, Shield Petroleum Nigeria Limited made an offer of N200 million initially to them for the sale of the Tank Farm which was increased to N220 million and the appellant (Unity Bank) and the Heritage bank accepted it by their letter dated August 21, 2007.

Through a letter dated November 6, 2007, the Unity Bank for itself as well as the 3rd Respondent (Heritage Bank) requested payment of the agreed sum from Shield Petroleum Nigeria Limited (first Respondent).

By January 29, 2008, the originals of the bank drafts were sent and received by one Mr Abiodun Shode of the Commercial Department of the Appellant.

The Appellant and the third respondent went ahead to collect the sum of N230, 000,000.00 from the fourth respondent (Ontario Storage Terminals Limited) in February 2008 as payment for the Tank Farm despite the payment made by the first and second respondents.

They claim they were unable to conclude the contract with the first and second respondents due to the latter’s late payment of the purchase price and therefore, there was the frustration of the contract.