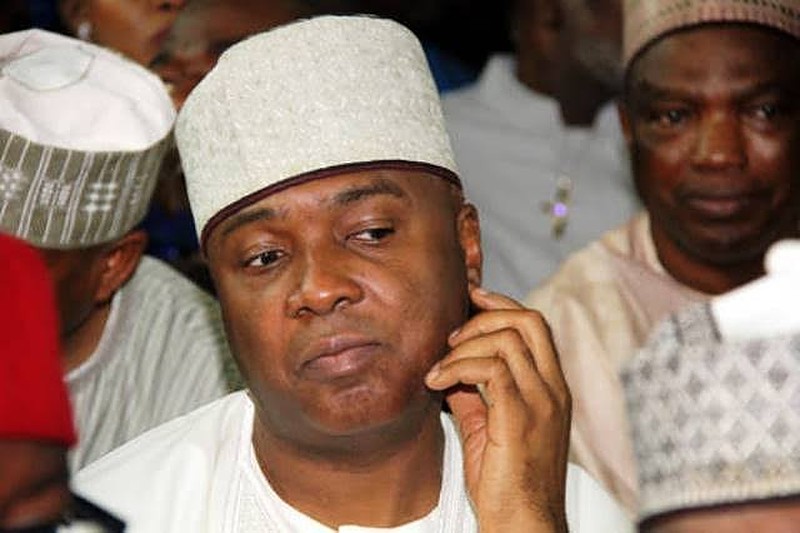 Court strikes out Saraki’s suits against EFCC, ICPC, others
Share this on WhatsApp
Spread the love

A Federal High Court (FHC), Abuja, on Wednesday, struck out two separate suits filed by former Senate President, Bukola Saraki, against the Economic and Financial Crimes Commission (EFCC) and others.

Justice Inyang Ekwo, in a short ruling, struck out the suits for lack of diligent prosecution.

Upon resumed hearing in the matters, neither Saraki’s lawyer nor defendants’ counsel were in court for the proceeding.

Justice Ekwo, therefore, held that he found that the cases were not diligently prosecuted.

He consequently struck them out for lack of diligent prosecution.

In the suits, the Attorney-General of the Federation (AGF), Inspector-General of Police and State Security Service (SSS) are 1st to 3rd defendants respectively.

Others are EFCC, Independent Corrupt Practices and Other Related Offences Commission (ICPC) and Code of Conduct Bureau (CCB) as 4th to 6th respondents respectively.

The ex-senate president had filed the suits following the EFCC’s decision in 2019 to probe Saraki’s earnings between 2003 and 2011 when he was governor of Kwara.

The anti-graft commission was reported to have seized some of his houses in the Ikoyi area of Lagos then.

However, Saraki, on May 10, 2019, filed the two separate suits before Justice Taiwo Taiwo (rtd ) to challenge the action of the EFCC.

Justice Taiwo, who was the presiding judge then, ruled on an ex-parte application filed along with the substantive suits.

The judge ordered the anti-corruption agency (4th respondent) and the other five respondents to the suits to stay action on the probe pending the hearing and determination of the motion on notice filed by the applicant.

The order was granted after Sunday Onubi, Saraki’s lawyer, moved the application, on May 14, 2019.

The court had directed the parties to maintain the status quo by suspending the probe.

But the EFCC later applied that the judge should recuse himself and the matter be transferred to another court.

Justice Taiwo sent back the case file to the chief judge and the matter was reassigned to Justice Anwuli Chikere for adjudication.

When the matter came up on July 14, 2021 before Justice Chikere, EFCC Counsel, Chile Okoronkwo, complained that Taiwo’s order had hindered the agency “from performing its duty for about two years now.”

The lawyer, who stated that Saraki continued to hinge on the order of the court any time he is invited, urged the court to vacate the order.

But the suits were reassigned to Justice Ekwo following the retirement of Chikere.