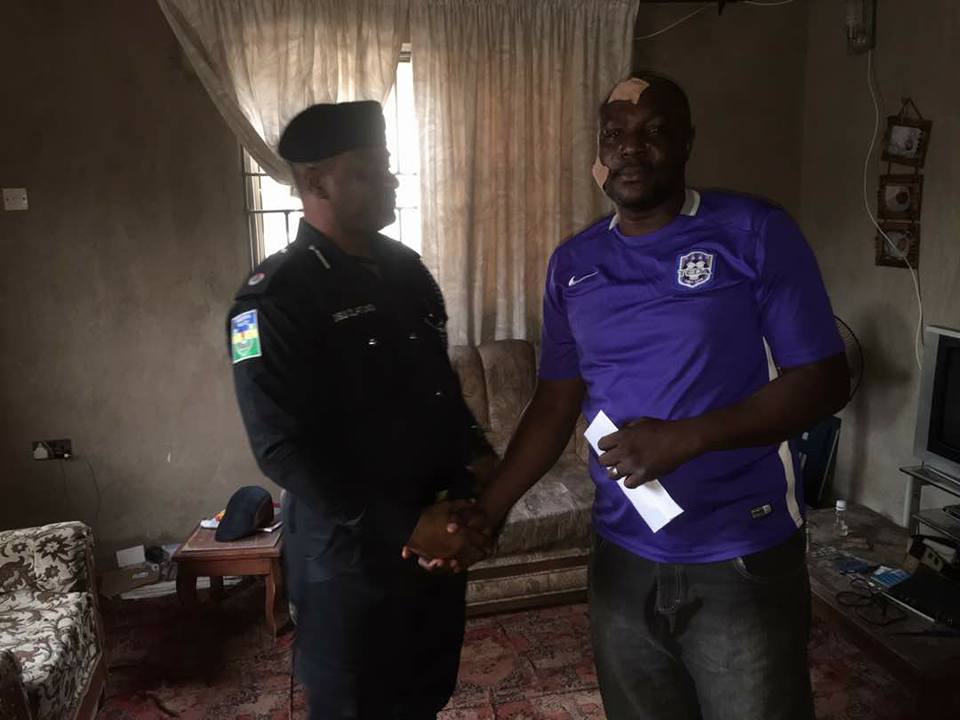 The Lagos State Commissioner of Police, CP Imohimi Edgal on Friday showed good example as a caring boss by visiting a police officer in his house who was involved in an accident few days to Christmas.

He was, however, represented by the Commander, Rapid Response Squad (RRS), ACP Olatunji Disu.

Four police officers serving in the Rapid Response Squad of the Lagos State Police Command had in December 2017 involved in an accident after the bus they boarded and were heading towards Agege developed a brake problem and somersaulted about 3pm.

It was learnt that the policemen who were with other civilians in the 18-seater bus were going home after the close of work before the accident happened at the back of New African Shrine on their way to Agege.

It was further gathered that several of the passengers were seriously injured including the police officers.

The wounded officer with bandages on his face and other parts of the body was recently discharged from the hospital prompting the CP Edgal visit to sympathise with him for escaping death.

How sergeant beat son to death over N2000