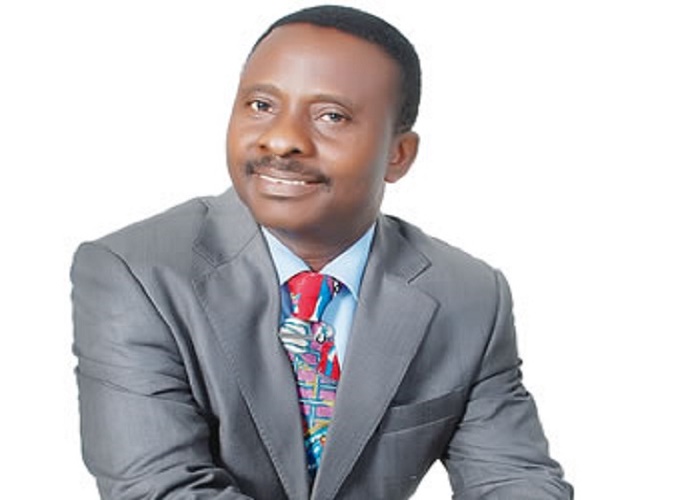 Investigation by National Daily as revealed that there’s tension in the Christian Association of Nigeria (CAN) following alleged plans by its President, Dr. Samson Ayokunle, to amend its constitution to ensure a single five year tenure beginning with him.

National Daily gathered that the CAN President was also said to have dismantled all the structures that had been in place by his predecessors, including discarding the External Auditor of CAN who had been on retainer ship by bringing up another person because of vested interest.

The sacking of the auditor has therefore fuelled speculations that something could be going on in the finances of CAN which was not yet known to members.

During the NEC meeting of CAN held in February 2017, Ayokunle, had in his opening address, claimed that he inherited a sick CAN from his predecessor, Pastor Ayo Oritsejafor, under whose administration he served as Vice President.

But a group of aggrieved members in CAN under the aegis of Reformists in Christendom, have vowed to resist what they described as “dictatorship and impunity in the body of Christ.”

The National President of RIC, Rev. Samuel Adekanbi, General Secretary, Deacon Desmond Oiche and North Central Director, Elder Shehu Aliu, told National Daily that they were ready to expose anybody who is working against the teaching of Jesus Christ.

The organisation said that that although the plot to review the constitution was scheduled to have been perfected during the last NEC meeting of CAN held in Abuja, the meeting could not form a quorum for two days and was therefore adjourned till the next day.

Adekanbi said, “It was in the evening of same day they we were able to get a quorum after much stress and lobby. Before the NEC meeting, specifically on July 12, Ayokunle took some selected CAN Chairmen and delegates to Ibadan and kept them for two days where he pleaded with them to support him in the constitutional amendment, particularly on tenure elongation, where he proposed a single five year tenure for the office of CAN President which should begin with him.”

According to him, the information leaked to other members of NEC and blocs, a development which raised serious apprehension and consequently, people took a different position in the NEC meeting.

Adekanbi said that during the NEC meeting, all efforts by Ayokunle, who is also President of Nigerian Baptist Convention (NBC) to get his agenda through were fiercely resisted.

He said, “Since then, after the aftermath of that failed NEC which was also poorly attended, Ayokunle, through his Personal Assistant on Ecumenical Affairs, Testimony Onifade, commenced another move by setting up a personal committee to privately review the constitution with the intent and purposes of passing through the backdoor, without the participation of the Catholic bloc.

“Some of the people contacted to participate in this committee, declined, sensing its illegality. The worrisome thing is that all these are going on without the approval of NEC, knowledge of the Legal Department and Head of other four blocs of CAN, except the Christian Council of Nigeria, under which the Nigerian Baptist Convention falls.”

The aggrieved members of NEC who were worried about the desperation for constitutional amendment, when the house had not been united, also expressed concern on why a committee should be convened by a PA who is not even an officer in CAN.

Adekanbi said, “We are also asking the CAN President to explain the moral burden between him and Onifade that he cannot do without him, even when he (Ayokunle) had allegedly confessed that the NBC has persistently advised him to sack Onifade because of his penchant for betrayal and causing crisis in the body of Christ.

“Why is Ayokunle desperate to set up a fund-raising committee comprising members of the Baptist Church without other members and blocs of CAN, whereas there had been in place a CAN Trust Fund? Is this a tacit plot to transform CAN into the NBC?”

Several calls, WhatsApp and SMS to get the response of Onifade and CAN Exco members for response were not replied.

But a source close to Ayokunle, who did not want to be quoted, challenged anybody with evidence of any allegation to tell the world where he did wrong.

Share this on WhatsApp
Related Topics:Christian Association of Nigeria (CAN)Dr. Samson AyokunleTenure Elongation
Up Next