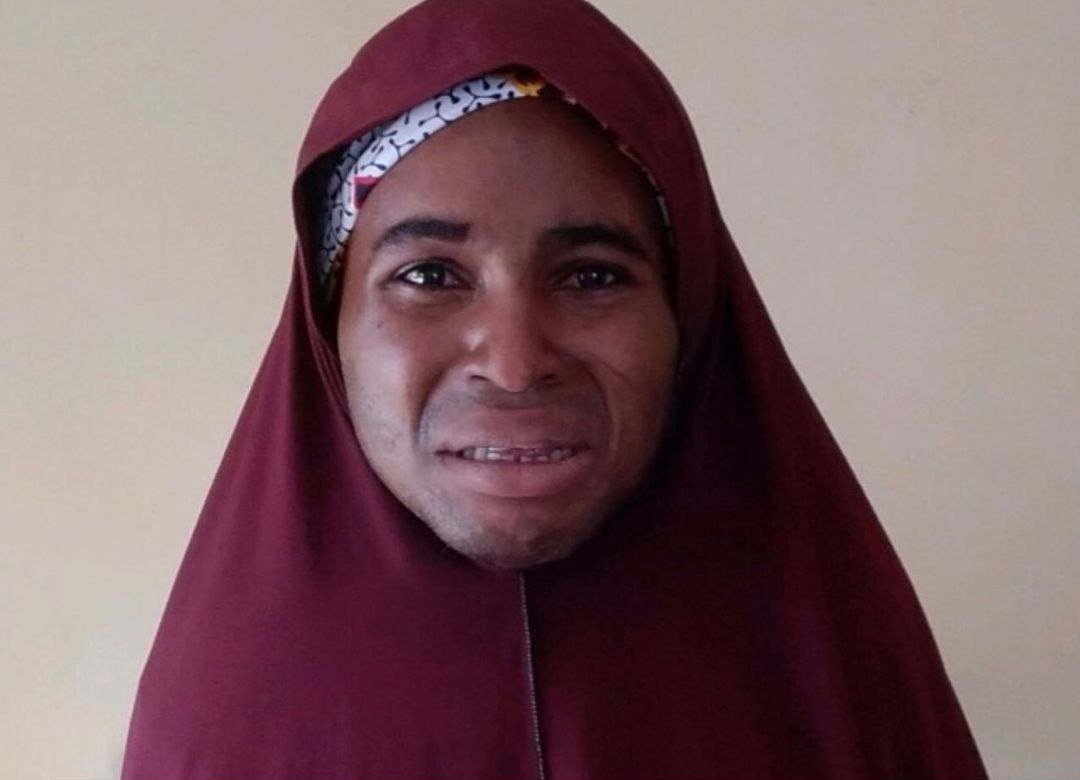 A man identified as Muhammed Abubakar was arraigned before a Chief Magistrate Court in Girei, Adamawa State for dressing as a woman and making money from unsuspecting men.

The suspect revealed he routinely dressed in women’s clothes and go out with his female friends to obtain money from men needing love and affection.

Muhammed who holds a Diploma in Business Management from the Adamawa State Polytechnic, Yola, said his female collaborators gave him between N500 and N1,500 daily as his share of their loot.

He noted his female name is Fadi and told the court that his female accomplices protected him each time any man wanted to have him, by telling the man that she (he) was ”menstruating.”

It was gathered that nemesis caught up with him on November 16, 2022, at Girei market where he went to buy an earring and was seen by a man who suspected that he was a man. The suspicious man raised an alarm and he was arrested.