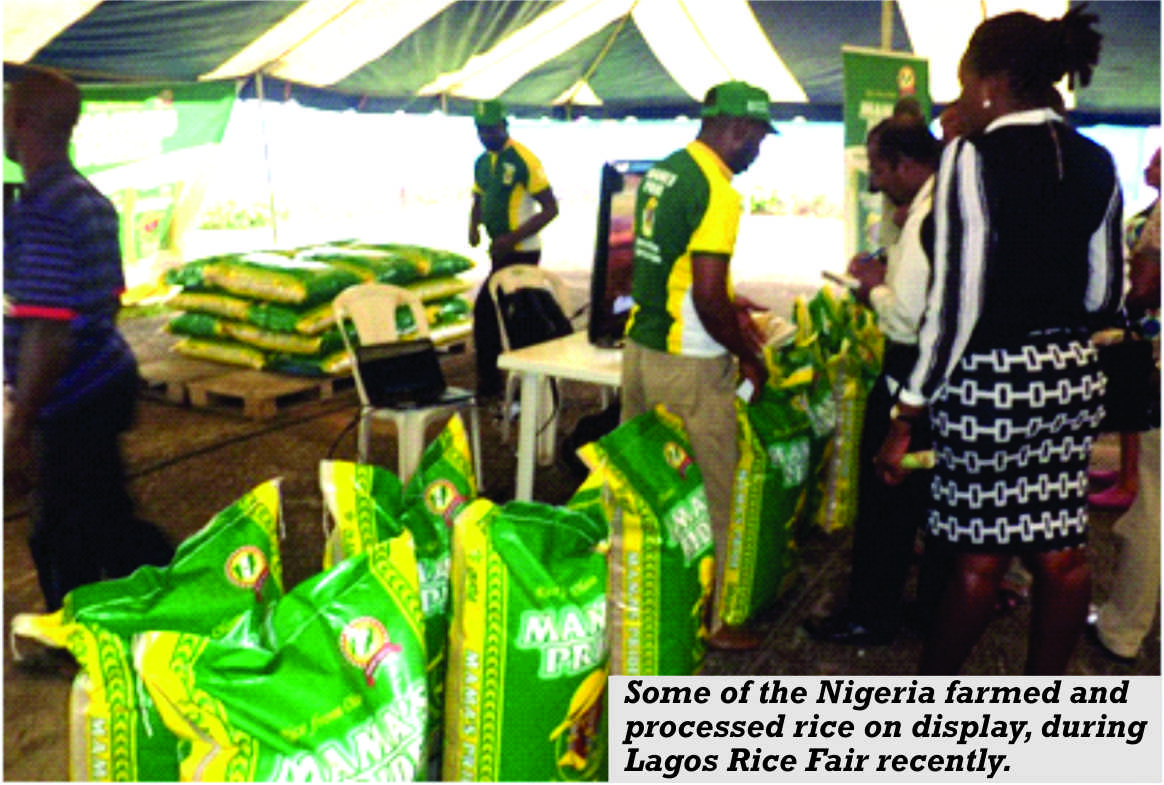 THE Senate recently called the Nigeria Custom Service (NCS) to explain the lifting of ban on imported rice through the border. What many have yet to figure out is the author of the lift. And that is still confounding the lawmakers.
On the positive side, the ban placed nine years ago has resulted in the improved farmed and processed rice meeting the 3.4million metric tonnes of the 5million metric tonnes needed to feed Nigerians. The 1.6million metric tonnes shortfall is the bone of contention that can either make or mar the development of the rice value chain in a country where rice is a staple.
Stakeholders wonder why the Permanent Secretary of the Federal Ministry of Agriculture was not summoned alongside the NCS Chief. Mr Sonny Echono who was expected to drive the dream of the full actualization local rice development.
In a recent interview in his Abuja office, the PS saidFMARD will seek clarifications on measure put in place to ensure importers pay appropriate duty for rice imported through land border, as he reaffirmed the removal of ban on importation of the commodity through land border by the Customs.
Echono noted the removal of the ban is not a problem since the ban was earlier placed because of lack of machinery for proper collection of duty at the land borders which do not have defined routes to check smuggling.
While the National Rice Millers Association of Nigeria (NRMAN) said that the NCS erred in its decision to lift the ban on importation of rice through the land borders, through the chairman of the association, Alhaji Mohammed Abubakar.
Abubakar reiterated that the NCS over-reached its statutory mandate as an enforcement agency in taking such a policy decision on such a sensitive issue. To Abubakar, if the Customs succeeded in its decision, it would destroy Nigeria’s rice value chain attained by the previous administration.
Nigeria which is the largest rice producer in West Africa and third in Africa with its imports on the average of 1.7 million tonnes of white rice annually makes the country the world’s second-largest rice importer before the outright ban.
The cost of these rice imports represents a significant amount of lost earnings for the country in terms of jobs and income. This, the Secretary General of Rice Importers, Millers and Distributors Association of Nigeria RiMIDAN, Shaibu Mohammed also a senior personnel with Olam Nigeria, said.
“No descent business man will want to take parboiled rice into these neighboring countries, pay duties in that country and further bring it to Nigeria and pay another duty to the Nigerian Government. It doesn’t make business sense when the same can be brought straight to Nigeria and duty paid once, ” he added, noting that even if with the success in collecting duty at the land borders, such importation will take activities away from Nigeria seaports and jobs will be lost by truck drivers, motor boys and even labourers.
“In the first instance why we want rice to come into our country from neighboring countries that we know do not produce rice?” He asked.“These countries don’t even consume parboiled rice. So for them it’s only a trade thing. Importers of such parboiled rice into these neighboring countries are only toying with the intelligence of our border security.”
He also pointed out that importation will make meaningless the idea behind agencies such as NAFDAC, SON and other regulatory bodies. In the event of food poisoning, the origin of such food cannot be ascertained as it’s purely a black market purchase where addresses nor other contacts exist.
Earlier Abubakar, who is also the Chief Executive Officer of Umza Rice, reaffirmed that the decision of the removal of ban was an attempt by the Customs to legitimise the smuggling of rice.
He stressed the customs do not have the power to do that because it is a matter of national policy and the Customs does not make national policy as an implementation agency.
Abubakar’s fears are that the removal of ban will completely kill the rice value chain and everything concerning rice production will stop. To him, the Customs does not have the right to make such decision he insisted.
If this ban was placed six years ago, within that period Nigeria would have raised its production capacity to meet the 3.4million metric tonnes needed. And the Nigerian National Rice Development Strategy (NRDS) set up in 2009 would have made the country self-sufficient in rice by raising production of paddy rice from 3.4 million tonnes in 2007 to 12.8 million tonnes in 2018.
Stakeholders are asking is it now that the farmers and millers are reaching their target that such ban be removed
They also point out that concerned government agencies like FMARD should concentrate on executing the NRDS three priority areas of focus in other to achieve total level of production. They want the PS FMARD to influence the government to empower the stakeholders to increase their various capacities and thus meet the shortfall in demand.
The issuance of quota to any intending importer for now should be suspended since the allocation for 2014 had expired. The question of control of the quantities of import is a major concern for stakeholders like RiMIDAN and NRMAN as they are afraid the NCS cannot handle this, thus offering the smugglers a field day, and unhealthily competition in the market for the Nigeria-made rice.
Many Nigerians believe with Shaibu Mohammed and other stakeholders, the country has all it takes to be self-sufficient in rice production; and with lots of rice farmers keying into the backward integration programme, the country will not have any business importing rice in the next three years.
Mohammed says RiMIDAN have taken up the challenge to close the 3.5 million metric tonnes gap between consumption and actual production that has to be imported for sustainability, adding that with what is on the ground so far, and partnering with government, he believes the association will be christened RiMEDAN (Rice Millers, Exporters and Distributors Association of Nigeria) in the next five years.