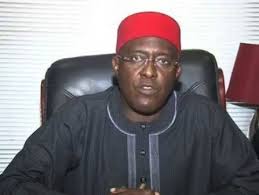 The PDP has claimed Jafaru Isa, an ally of President Muhammadu Buhari embroiled in the $2.1 billion arms purchase scam, has been let off the EFCC hook after eight hours while the party’s spokesman Olisa Metuh remains in detention since last Monday.

“We have information of the marching order from the Presidency for the immediate release of the President’s associate and that his issue is one of the major part reasons for the repeated visits of the EFCC Chairman to the Presidential villa within the period of his arrest. Of course, there is nothing hidden under the sun,” the PDP said in a statement on Sunday.

According to the party, the release clearly shows that the APC government is not prosecuting corruption but using the much hyped crusade as a cover to persecute PDP’s leaders and decimate the opposition.

It also said the EFCC has clearly been handy.

“How can the EFCC now explain to the world that it is not corrupt and teleguided by the Federal Government to persecute PDP leaders? What happened to the illegal holding charge upon which it has detained the PDP spokesman beyond the limit stipulated by section 35(5a) of the constitution and in violation of his guaranteed personal liberty under the law?”

The party also insinuated that the N170 million Isa got from the ex-NSA Sambo Dasuki was traced to certain power brokers in the country, the more reason Isa was released in a jiffy.

“While we reiterate our support for any effort aimed at eradicating corruption in our nation we stand our ground in demanding that the fight must be holistic, credible, within the limits provided by the laws irrespective of political affiliations,” the PDP said.

Apart from Isa, an APC chieftain that got smeared in the arms-purchase scandal, a number of other statesmen, including Tanko Yakassai, the point man of the Northern Elders Council, Olu Falae, founder of the SDP, Rashidi Ladoja of the Accord Party, and PDP’s ex BoT chairman Tony Anenih.

Frustrated by its belief the on-going shakedown is politically motivated, the opposition issued a subtle threat in the statement, especially over continued detention of Metuh and other PDP stalwarts.

“This party can no longer guarantee that it can rein in its members and supporters who have been exercising restrain since this particular arrest by the EFCC,” adding that the laws must be applied on its values and spirit without political considerations. 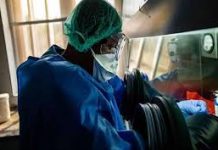