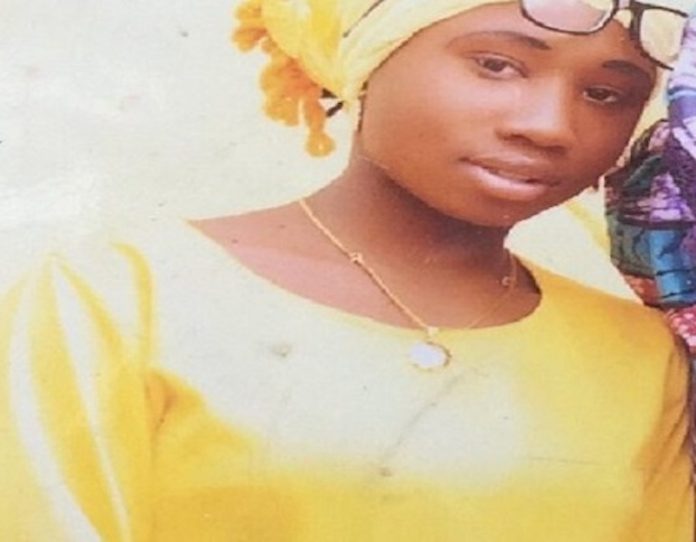 The reported death of Leah Sharibu, the only remaining captor of the 101 students of the Girls Science Secondary School, Dapchi, kidnapped by the Boko Haram fighters, was gathered to have been received with shock by President Muhammadu Buhari. Presidency sources told National Daily that the report unsettled the President who had repeatedly promised he would secure the release of Leah Sharibu from the Boko Haram captors. The entire presidency was said to be devastated by the report of Leah Sharibu’s death. The president was said to be perturbed about the failed promises.

The President was, however, said to have ordered urgent inquiry to confirm the veracity of the report before making any official statement, our sources said.

National Dailylearned that one of the Aide workers with a Non-Governmental Organisation, Action Against Hunger, Grace Taku, who was among the victims of Boko Haram kidnap on July 18, had leaked the information in a “proof of life video” on Thursday that Leah alongside one Alice had been killed by the insurgents because of the Federal Government’s inability to “do something”.

Several stakeholders in the Nigerian project have been of the view that the statement represents gross indictment on President Buhari.

The Senior Special Assistant (SSA) to the President on Media and Publicity, Garba Shehu, had on his Facebook page acknowledged the report and the complaints of the NGO Taku represents in the troubled north east Nigeria; noting that negotiations are still ongoing for the freedom of all in the Boko Haram captivity.

“Beside these aid workers, there are some others about whom this engagement is about-Leah Sharibu, a religious leader and all the others. These discussions have been ongoing even before this time and what this latest incident has done is to bring urgency to the efforts that the secret service is making.

“Government is making contacts, in the hope that the captors will see reason to not visit hardship or even harm on these innocent individuals.”

National Dailyfurther gathered that Taku’s statement in the video relayed on Thursday, read: “My name is Grace, I work with Action Against Hunger, an NGO in Borno State; my base is Damasak. We went to work on Thursday, July 18, 2019. On our way back to Damasak by Keneri/Chamba ward, we were caught by an army called the Kaliphas and they brought us here. We don’t know where we are.

“I want to beg the Christian Association of Nigeria because I am the only Christian among the six of us here. I want to beg CAN to please do something about me to see how I can be released. I call on Borno State.”

Among the 101 Dapchi school girls kidnapped by Boko Haram, only Leah Sharibu was left behind while others have been released, because she refused to denounce her Christianity religion.