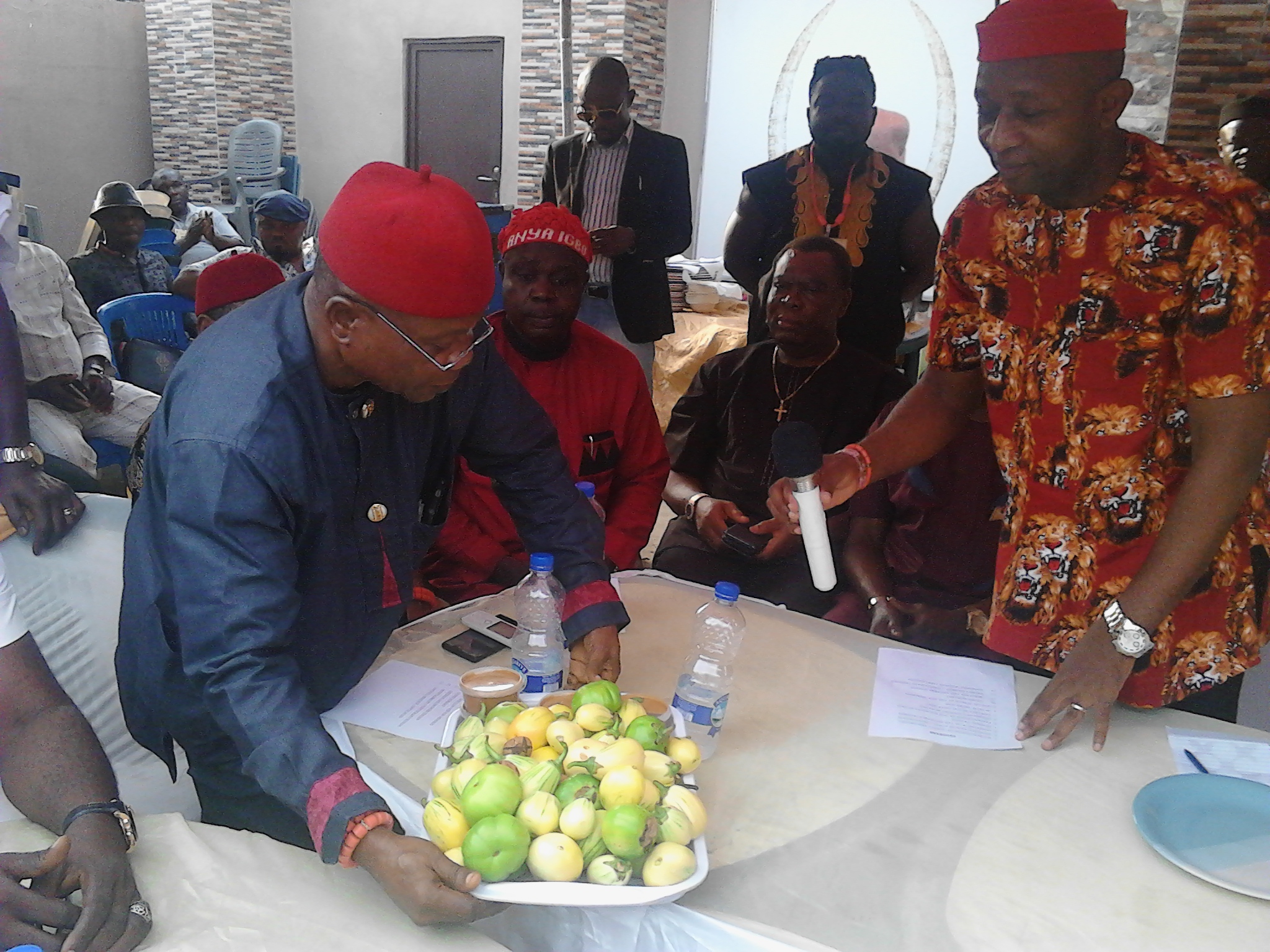 The All Progressives Congress Publicity  Secretary in Lagos State,Mr Joe Igbokwe has counseled all Ndigbo race to lower their garb and embrace the party,sequel recent defection of the only Igbo lawmaker in the state Assembly.

Igbokwe while speaking at a meeting between the defected Lagos lawmaker and the Igbo people in Lagos,challenged the Ndigbo to change their strategy in politics and remain united for protecting the interest of the Igbo nation .

“We have developed this country together,we have investment everywhere,we are not going to leave them for anybody,there is no permanent friend or enemy  in politics,our people need to change strategy,Igbo people should work with APC, I want to appeal  to all of us to sit down and play better politics”

Meanwhile,the representative of Oshodi\Isolo constituency 2 in the Lagos State House of Assembly,Hon Jude  Idimogu while explaining himself,maintained that he joined the ruling party to protect the interest of his Igbo brothers and sisters in Lagos and not for any selfish agenda.

“As the only Igbo member in the Lagos Assembly,I’m supposed to be a voice for the Igbos in Lagos,but it is difficult for me as a member of opposition party, PDP, hence,the need for me to join the ruling party ,so I can better protect the interest of my people.

Four years will soon be over,and many of you will ask me directly or indirectly, what are my achievements,of course,the government of Akinwumi Ambode have shown me love, the leadership of the House has been magnanimous enough, but the truth remain,there are things I wouldn’t get as a PDP member.

As I speak with you now, another 4 roads have been approved in my constituency,so I have thought about it,this step is necessary to protect the interest of Igbo people and my constituents”, Idimogu explained.

Responding to Hon Jude’s explanation, the traditional Prime Minister Eze-Ndigbo Isolo,Chief Ugochiniyere Asianya, who spoke on behalf of Ndigbo united and other Igbo groups in Lagos threw their weight behind the defected Lagos lawmaker,and the ruling All Progressives Congress APC in the state

“Go out and say it loud that we are in support of your defection,we will follow you everywhere you go,tell the leadership of the House that the Igbo nation in Lagos support your action,we shall give 100 percent support to the rulling party”

The Igbo community invited Idimogu to Igbo United House in Lagos for explanation on his defection to APC alongside other 5 PDP lawmakers on February 16th.

Earlier in his remark,a member of APC Board of Trustee,Dr Modi Ken Ifayinchukwu expressed happiness for Jude’s defection to APC ,saying he took the right decision,”I am happy that you have joined the ruling party,we need to protect the Igbo investment in Lagos, the economy of Lagos is in our hands

“Nobody should collect money in our name, nobody can sell the Igbo race in Lagos,we will all sit together to negotiate the Igbo cause,I was born and bread in Lagos,I am the Balogun of Ikeja,so we are well established here

Share this on WhatsApp
Related Topics:All Progressives Congress (APC)defection
Up Next

$100,000 up for grabs as Africa Food Prize calls for nomination