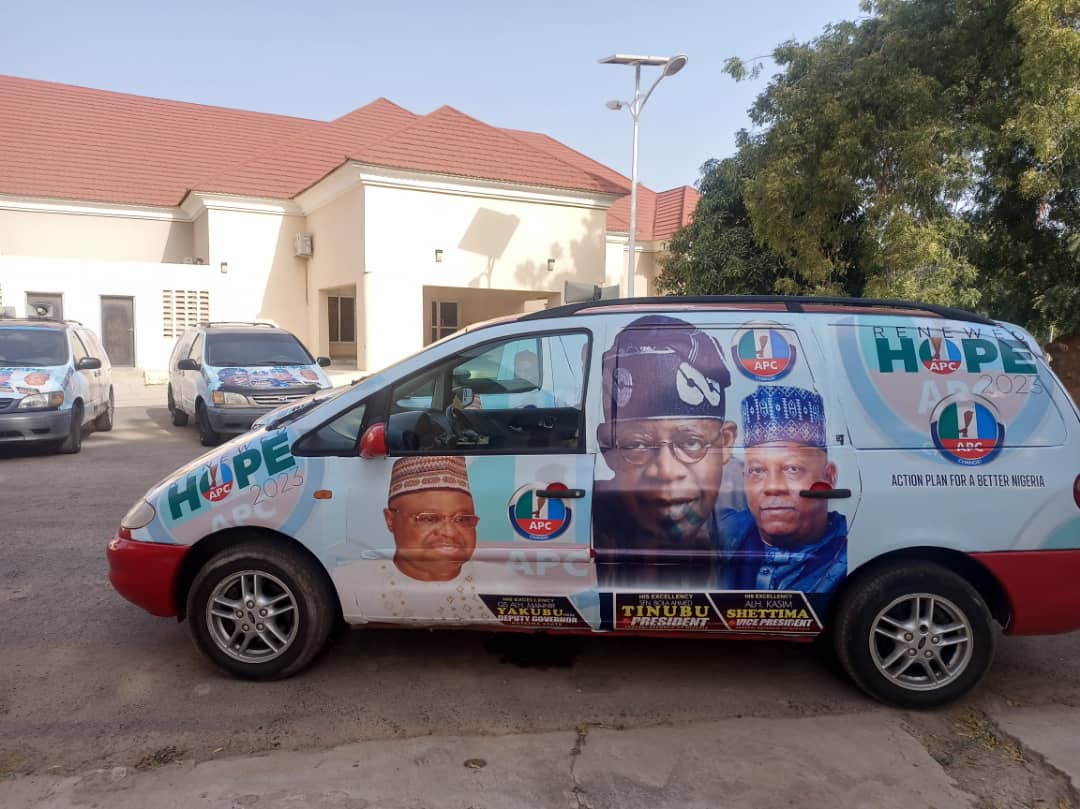 Deputy Governor Mannir Yakubu of Katsina State has donated seven vehicles to the Tinubu/Shettima Campaign Council in the State.

His media aide, Malam Ibrahim Kallah said on Saturday in Katsina that the vehicles would also help in the governorship campaigns in the state.

“The deputy governor is the Assistant Director in the Contact and Mobilisation Committee of the Tinubu Campaign Council.

“He gave the vehicles when he chaired the maiden meeting of the Katsina State Northwest Contact and Mobilisation Committee of the Presidential Campaign Council of the All Progressives Congress (APC),’’ he said.

Kallah said the deputy governor told the committee at the meeting that Katsina State has a single campaign structure for the presidential and governorship contests.

He quoted the Assistant Secretary of the council, Dr Talatu Nasir, to have told the meeting that the deputy governor already opened seven offices for the campaign council in the state.

“Dr Nasir said subcommittees had been constituted to assist in intensifying the activities of the campaign council.

“She also called for support from all members to achieve set objectives,’’ Kallah had stated.